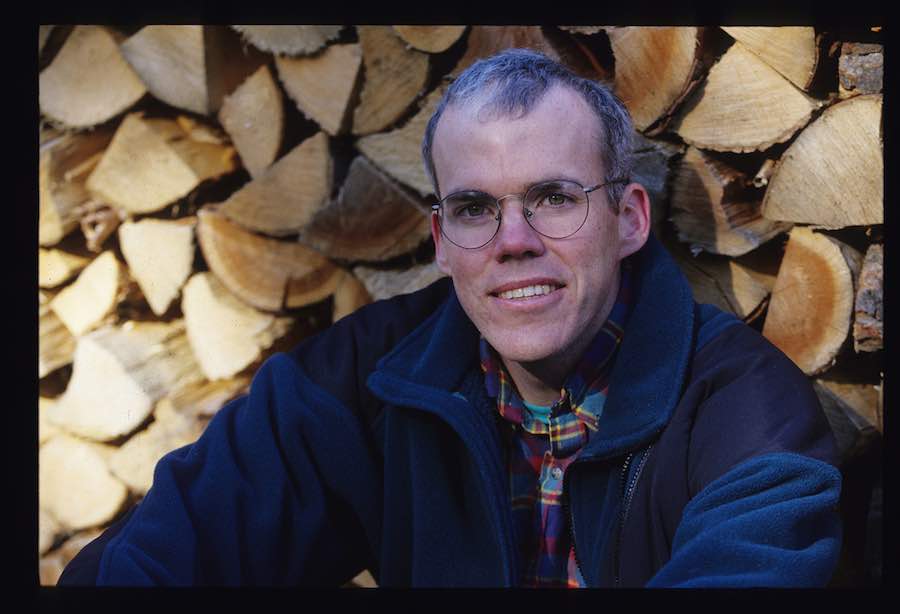 McKibben is a journalist and author. His first book, titled, “The End of Nature“, was published when he was only 28. He is also a former staff writer for the New Yorker and he has penned a number of powerful articles for publications such as the New York Times, New York Review of Books, Rolling Stone, Harper’s and National Geographic.

McKibben’s greatest achievement is the co-founding of 350.org in March 2008. As the world’s first truly global grassroots climate change organization, McKibben’s work with 350.org has done more to advance the environmental movement than anything that proceeded it.

McKibben and his colleagues at 350.org have harnessed the power of social media to focus global attention on the need for climate action. Some of their successful campaigns include an initiative to get solar panels back onto the White House. 350.org has also reached out to the business community through events like Climate Impacts Day.

In 2009, 350.org made history with their International Day of Climate Action. On October 10, 2010, 350.org staged an event called, “Global Work Party.” This was a day intended to celebrate climate solutions and encourage communities to work together on low carbon projects and clean energy. Global Work Party also called on governments to get involved in efforts to combat climate change. In 2011, McKibben and 350.org worked with others on a number of initiatives including a campaign called “The Next Big Thing” and “Moving Planet: Beyond Fossil Fuels.” Another 350.org campaign is titled “Power Shift,” it included a rally at the US Chamber of Commerce and youth conferences.

McKibben and 350.org launched the “Connect the Dots” campaign to communicate the relationship between climate change and extreme weather. McKibben has personally worked to help people to see how a world ravaged by climate change will invite weather calamities. He called Hurricane Sandy a “wake up call.”

In September 2014, McKibben and 350.org contributed to the success of the historic People’s Climate March, which sent a powerful message to governments and UN climate negotiators convening in New York.

McKibben has led the charge against a powerful and well funded fossil fuel industry while simultaneously advancing climate solutions. His efforts include pressure campaigns designed to marshal the political will necessary to take on Big Oil. More than any other person, McKibben has succeeded in revealing the fossil fuel industry’s destructive environmental impact.

McKibben has called the fossil fuel industry “Public Enemy Number One to the survival of our planetary civilization,” and he described efforts to combat Big Oil as, “the fight of our lives.” His efforts to end our use of fossil fuels include well reasoned arguments about the need to divest. He has also eloquently debated the issue.

Ahead of the Rio+20 meeting in 2012, 350.org organized a social media campaign to end fossil fuel subsidies. In addition to calling on governments to end fossil fuel subsidies through petitions and social media platforms like Twitter, he has also been at the forefront of efforts to oppose the Keystone XL pipeline. McKibben has even gone to jail due to his KXL protests.

He has also shown how Big Oil funds climate denial on a global scale by misinforming the public and blocking attempts at regulating fossil fuel production and consumption. In his famous 2012 article titled “Global Warming’s Terrifying New Math,” McKibben spelled out the fossil fuel industry’s dangerous plans to push carbon levels far beyond climate tipping points. In this article, he shows how scientists estimate that we can add 565 Gigatons of carbon to the atmosphere if we are to have a chance of keeping temperature increases within the 2 degrees Celsius upper limit. The fossil fuel industry’s current plan is to dump an additional 2795 Gigatons of CO2 into the atmophere by 2050. That is five times the allowable limit.

He has engaged people through a wide range of campaigns and a movie. He has been a leader of the divestment from fossil fuels movement and he has spearheaded successful campaigns at some of the world’s biggest universities including Middlebury College. As explained by McKibben, Universities will not be able to resist pressure to divest from fossil fuels.

McKibben’s influence extends far beyond university campuses. The efforts of McKibben and 350.org have helped to encourage investors to divest from fossil fuels, this includes financial institutions, asset managers, universities, philanthropic trusts and religious institutions. In total more than 800 global investors including foundations such as the Rockefeller Brothers, religious groups, healthcare organizations, cities and universities have pledged to withdraw a total of $50 billion from fossil fuel investments over the next five years.

“We’ve helped build a movement, that’s the key thing. And it’s beginning to make a dent,” McKibben said recently, “I was letting myself think that we’d seen the beginning of the end of the fossil fuel industry.”

Despite strenuous opposition from Big Oil, efforts to curtail fossil fuel use made their way onto the agenda at the COP20 UNFCC meetings in Lima, Peru. The final draft explicitly mentions zero fossil fuel emissions by 2050.

In addition to combatting fossil fuels, McKibben has helped to galvanize public opinion in favor of a shift to renewable and alternate forms of energy.

McKibben has received a large number of awards and accolades. He is hailed as an environmental giant by the Association of Small Island States (AOSIS) and at university campuses across North America. His reputation extends to Europe and Australia.

McKibben is the Schumann Distinguished Scholar in Environmental Studies at Middlebury College and a fellow of the American Academy of Arts and Sciences. He holds honorary degrees from 18 colleges and universities. In 2013, he was voted “Vermonter of the Year” by the Burlington Free Press and that same year, he won the Gandhi Prize and the Thomas Merton Prize. Foreign Policy named him to their inaugural list of the world’s 100 most important global thinkers, and the Boston Globe said he was “probably America’s most important environmentalist.”

At the end of 2014, McKibben and his wife went to Sweden where the Swedish Parliament gave him the Right Livelihood Award, the so-called “alternative Nobel Prize.”

He recently announced that he will relinquish his role as Chairman of 350.org and assume the role of senior advisor. However, Mckibben is not retiring, he is merely changing his focus. McKibben realizes that there is still a long way to go if we are to have a chance of keeping temperature increases within acceptable limits. He will continue to play an active role devising strategies and organizing campaigns. Relinquishing his role as CEO will give him more time to write and engage universities, governments, environmental organizations, policy makers and the UNFCCC.

“Unless that end to coal and oil and gas comes swiftly, the damage from global warming will overwhelm us.” McKibben said. “Winning too slowly is the same as losing, so we have a crucial series of fights ahead: divestment, fracking, Keystone, and many others that we don’t yet know about.”

McKibben is “looking forward to the next 25 years—the quarter century that will decide whether we make progress enough to preserve our civilizations. Together we’ve built a movement; now, together, we’ll deploy it to confront the greatest crisis we’ve ever faced.We have found our will to fight, and that gives us a fighting chance to win.”
——————-
Richard Matthews is a consultant, eco-entrepreneur, green investor and author of numerous articles on sustainable positioning, eco-economics and enviro-politics. He is the owner of The Green Market Oracle, a leading sustainable business site and one of the Web’s most comprehensive resources on the business of the environment. Find The Green Market on Facebook and follow The Green Market’s twitter feed.