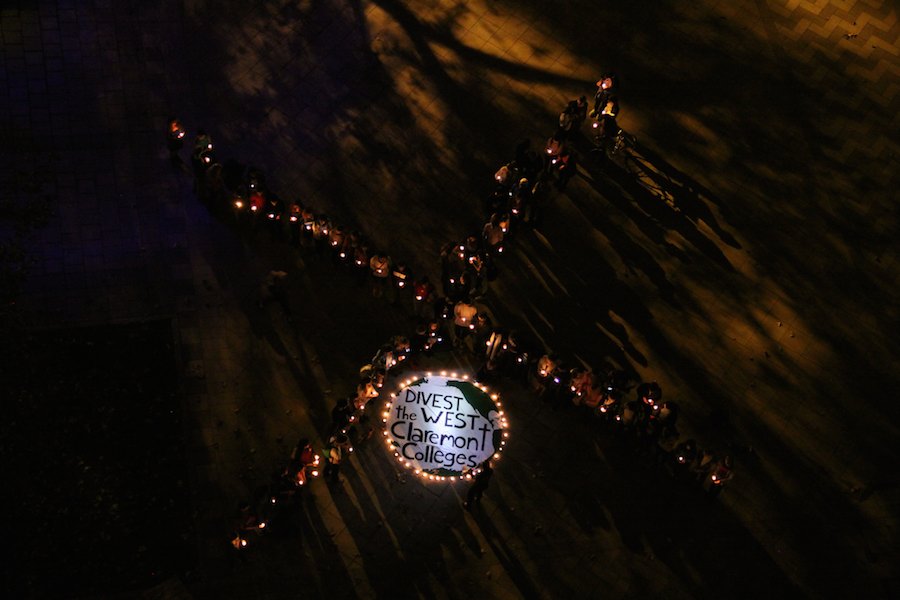 Fossil fuel divestment is one of the fastest growing movements on Earth and it continues to gain momentum. Since the divestment movement was launched three years ago, more than 650 individuals and 180 institutions, including 50 new foundations, which hold over $50 billion in total assets, have pledged to divest from fossil fuels. Whether in the form of mutual funds, stocks, hedge funds or bonds, fossil fuels are being abandoned at ever increasing rates.

As explained by the New York Times on Sept. 6, “In the 1980s, it was South Africa. In the 1990s, it was tobacco. Now fossil fuels have become the focus of those who would change the world through the power of investing.” This is about more than just divestment, this is a global movement towards a low carbon economy. Mitchell Krauss, of Capital Intelligence Associates, called divestment “the biggest, hottest topic.”

The background for divestment is made by increasing temperatures, rising emissions and growing numbers of extreme weather events. Our current trajectory is unsustainable and fossil fuels represent the most significant causal factor contributing to climate change. In the absence of action, we will surpass irreversible tipping points from which we will not be able to recover. According the the EIA, if we continue with business as usual, we will see temperature increases of 5.3 degrees Centigrade by 2100. This is more than 3 degrees above the internationally accepted 2 degree Celsius upper threshold limit. If we do nothing, oceans will rise between 3 and 6 feet in this century, flooding hundreds of cities around the world.

The good news is that there is still time to reverse this troubling trend and divestment from fossil fuel is a crucial first step. Divestment is not only about taking money out of an industry that causes climate change, it is also about diminishing big oil’s political clout.

There is a 97 percent consensus among scientists that humans are causing global warming and they know that if we are to have any hope of managing climate change, we must leave the vast majority of the world’s fossil fuel reserves in the ground.

The Intergovernmental Panel on Climate Change (IPCC) Fifth Assessment Report (AR5), makes it clear that burning fossil fuels at the current rate is incompatible with the kind of emissions reductions needed to curb climate change. To stay within the upper threshold warming limit, we will have to lower global greenhouse gas emissions (GHG) by 40 to 70 percent below 2010 levels by 2050.  The report states that we will need to divest at least $30 billion dollars per year from fossil fuels over the coming decades.

A Carbon Tracker report titled Unburnable Carbon indicates that 22 cities, 2 counties, 20 religious organizations, and 6 other institutions have committed themselves to divest from fossil fuels. These efforts are being joined by public pension funds. Since January 2014, more than one hundred campuses, churches, cities, states, hospitals, pension funds, and others in the United States and abroad have divested from fossil fuels. Early this year, 350.org  convinced seventeen foundations, controlling nearly $1.8 billion in investments, to commit to pulling their money out of fossil fuels. In the last month alone, a number of major initiatives were launched. One major institutional investor that recently divested is the $860 million Rockefeller Brothers Fund.

University students are supporting climate action and divestment in particular. Driven by student demand, universities are divesting and in many cases, they oversee huge endowments. In May of this year, Stanford University announced that it will no longer use any of its $18.7 billion endowment to invest in coal mining companies. Pressure is mounting at Harvard and Yale and other schools to do the same. According to Carbon Tracker, nine colleges and universities have also divested.

The oil industry anticipates that their profits will be eroded by divestment and declining demand associated with efforts to curtail climate change. In its annual and strategic report for 2013, Royal Dutch Shell said that increasing concern over climate change will lead to new regulations that will hit the company’s production profitability and delay some of its projects.

In support of climate science, people are coming together to demand that we transition away from fossil fuels. On a governmental level, divestment is being driven by renewable energy support schemes and emission regulation.

While climate change is commonly understood as an environmental issue, it is first and foremost a health issue. That is why some healthcare professionals are at the forefront of divestment.

In addition to the moral argument, divestment from fossil fuels is being driven on purely financial grounds. Former SEC Commissioner Bevis Longstreth made a convincing financial case for divestment stating that fossil fuels make no sense in the context of expected governmental restrictions on carbon, advances in clean alternatives, growing public awareness about the dangers of high carbon fuels, investor actions to curtail high carbon investments and reputational risks.

Concerns about a carbon bubble are at the core of the financial logic driving divestment. A number of reports have made the case for fossil fuel divestment, warning against exposure to the carbon bubble.

Between 2000 and 2050, the allowable “Carbon Budget” to keep the Earth below 2 degree Celsius of warming is about 886 gigatons. One third of that amount has been burned so far. To stay within our budget, we can burn an additional 565 gigatons by 2050. However, the 200 largest fossil fuel companies, combined with government-owned companies, currently have a total of 2795 gigatons.

Only 20 percent of the world’s total proven fossil fuel reserves can be burned if we are to have a hope of curtailing climate change. To mitigate the risk, investors are acting and will continue to act to divest. Failure to divest prior to an inevitable correction will prove costly.

“Fossil fuel companies are currently grossly overvalued,” says Tim Ratcliffe, European divestment co-ordinator at the campaign group 350.org. “Eighty percent of their oil, coal and gas reserves need to stay underground to limit global warming below 2C, which will turn them into stranded assets. This makes these investments a highly risky gamble.”

Divesting from fossil fuels is just the first part of a three stage strategy that includes radical energy efficiency. We must also massively invest in renewable forms of energy if we are to succeed in meeting our energy requirements. Money divested from fossil fuels and invested in clean energy will drive down the price of renewable energy.

“Freeing up resources through the divestment allows us to concentrate on the renewables future,” said Richard Woo, chief executive of the Russell Family Foundation, “and to really see the marketplace as a platform for this kind of change.”

We still have a long road ahead before we achieve anything close to divestment from all fossil fuels. Governments still subsidize fossil fuels to the tune of 1.9 trillion a year. The big banks continue to invest in fossil fuels and most of the money invested around the world is in some way connected to fossil fuels.

It will be difficult to unseat these dirty energy behemoths. However, divestment succeeded in putting an end to the apartheid regime in South Africa and Mahatma Gandhi’s “passive resistance” managed to get Britain out of India. If a skinny little man in a loin cloth was able to defeat the British Empire, surely the combined energies of millions of people around the world can overcome big oil.

The day of the huge integrated international oil company is drawing to a close. The only question is whether we can substantially reduce our fossil fuel use in time to avert catastrophe. The longer we delay action to foster the low carbon transition, the more expensive addressing climate change will get.

Fossil fuels are a bad investment and their use poses an existential threat to the entire planet. These are  powerfully compelling reasons to divest. 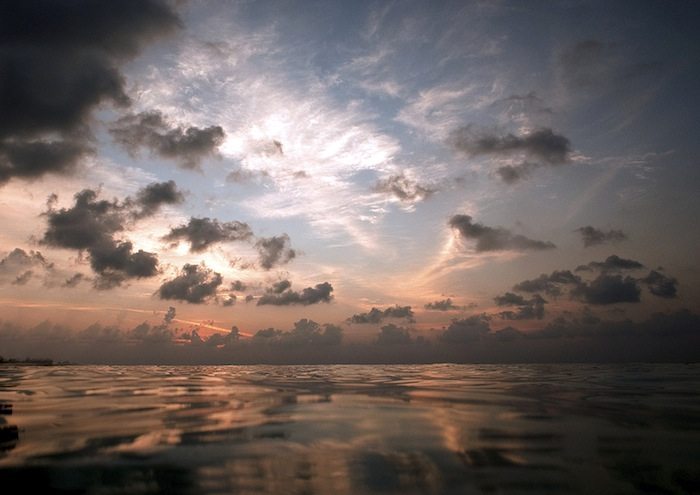 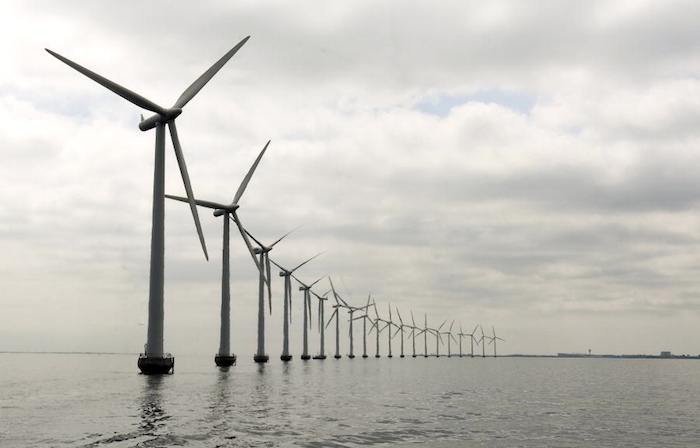