Nothing brings out a religious fervor in America than rising gas prices.

It seems the sudden surge in the cost of a barrel of oil and the attendant rise in gas prices has Americans, as blogger Charlotte Weybright says, squealing like “stuck pigs”.

Sure high fuel prices bite at people just trying to get along. But it is simply delusional to act as if there hasn’t been a great big freight train, its headlight blazing, bearing down on us for years in the form of bad energy policy, failed leadership from everybody in Washington, dangerous (to say the least) foreign policy, all coupled to an apathetic, coddled, bamboozled public. And there’s a lot of delusion lately it seems, as this comment found on a blog post will surely attest –

To wit: Drilling in ANWR will give us the

…opportunity to free ourselves from the bondage of tyranny from the Middle East, with very little impact on the environment”

Aw heck, why all this discussion? With thoughtful and informed comments like that, why don’t we just ask: Where would Jesus drill?

Which actually makes more sense than the notion that opening up ANWR to oil exploration would “free us from bondage” (let my people go!). If we’re “addicted to oil”, as Mr. Bush told the nation years ago, then an illusory belief that finding one more bump of the stuff will “release us from bondage” is in fact the worst kind of oppression there is.

I humbly submit that God gave us our brains to use, and that Jesus just might ask us what we’ve done until now to avoid the mess we’re in.

Don’t take my word for any of this – read the report – but here are a few tidbits to whet your appetite:

There are some highlights, go and find some of your own.

But consider also that there are currently 68 million acres of federal land leased to oil companies for energy extraction that sit undeveloped. Or that 95% of Alaska’s North slope is already open to oil development. You have to wonder, where would Jesus drill, indeed.

Probably not in the Arctic National Wildlife Refuge.

Wild, feverish rhetoric doesn’t help much in dealing with an energy crisis that we have been walking heedlessly and resolutely toward for years and decades. Accusations that Al Gore wants to “artificially set gas prices to $8 per gallon” (or some damn thing) is wild-eyed barking at a straw man.

Consider that gas prices have been set artificially low all along and wax nostalgic of the days when filling up your tank also meant rounding out your glassware collection (many aren’t old enough to wax nostalgic. Pity)

ANWR is not the answer.

In our religious fervor over what should be done about rising gas prices let’s try to keep our wits about us.

Praise the Lord and pass the ammunition.

Let that ammunition be reason, intelligence, and the courage to look at the facts and make informed, if difficult, choices. 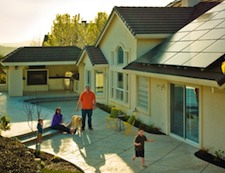 3 thoughts on “Where Would Jesus Drill? (Not in ANWR)”