Strong language perhaps, but this is no time to mince words.

When Dick Cheney claims that the only impediment to increased domestic oil and natural gas production is the refusal of Congress to allow drilling in the Arctic National Wildlife Refuge, he isn’t telling you the truth.

When Wall Street Journal writer Daniel Henninger publishes an article using phrases like “environmental moralisms” for a reality he fails to comprehend, instead invoking fear (“Nikita Khrushchev said, ‘We will bury you.’ Forget that. We’ll do it ourselves”) and political dogma for his false argument that the only thing blocking the United States to Drill! Drill! Drill! is Nancy Pelosi and Harry Reid, he is either ignorant of or simply does not care about the truth.

Dick Cheney’s time is long past (not too many people believe what he says anyway). The Wall Street Journal doesn’t know what they’re talking about.

Stuck in reverse with the thought that the key to our energy needs lay in the “moonscape” of the Arctic Reserve (as Henninger, who likely has never even been to Alaska, let alone ANWR, puts it) Dick Cheney and  Daniel Henninger do us all a grave disservice.

This is, or course, the sort of non-leadership, vision-less tripe we expect from Cheney and the Journal. It isn’t the first time they’ve lied to us, and it sadly won’t be the last.

But let’s imagine for a moment that the vice president and Henninger actually told us the truth:

Imagine that they told you the hard truth that increased domestic drilling does not, in fact, correlate into lower gas prices.

Since the 1990’s, the federal government has consistently encouraged the development of its oil and gas resources and the amount of drilling on federal lands has steadily increased during this time. The number of drilling permits has exploded in recent years, going from 3,802 five years ago to 7,561 in 2007.

Between 1999 and 2007, the number of drilling permits issued for development of public lands increased by more than 361%, yet gasoline prices have risen dramatically contradicting the argument that more drilling means lower gasoline prices. There is simply no correlation between the two” (emphasis mine)

And what if they told you that oil and gas companies aren’t using a significant portion of federal lands already open to energy development?

Even if increased domestic drilling activity could affect the price of gasoline, there is yet no justification to open additional federal lands because
oil and gas companies have shown that they cannot keep pace with the rate of drilling permits that the federal government is handing out.

In the last four years, the Bureau of Land Management has issued 28,776 permits to drill on public land; yet, in that same time, 18,954 wells were actually drilled. That means that companies have stockpiled nearly 10,000 extra permits to drill that they are not using to increase domestic production.”

These are the some of the conclusion from the House Natural Resources staff committee report The Truth About America’s Energy: Big Oil Stockpiles Supplies and Pockets Profits (pdf).

Representative Nick Rahall of West Virginia, chairman of the Natural Resources committee introduced the Responsible Federal Oil and Gas Lease Act of 2008 that would force Big Oils hand – “use it or lose it” as David Sassoon characterizes it in his article at SolveClimate.com.

The bill would impose the same requirements that coal has had with their 20–year leases – show that they are “diligently developing” resources with them.

As it is now oil and gas companies are sitting on leases and 68 million acres already leased for energy extraction go undeveloped.

It makes you wonder why Cheney and Henninger aren’t telling us the truth. 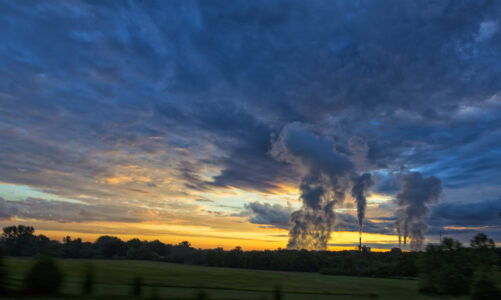