Her principal point, that China and India (especially China) are just as responsible as the United States for significant reduction in current use and future growth of greenhouse gas emissions, is well taken. And even though China has just found its industrial footing and the United States and Europe (especially the United States) has been on full industrial tilt for over a century, it isn’t fair to hold anyone “from 1910” responsible for what they had no idea would ever be a problem. And, as Saunders hints, that is if you believe there even is a problem.

My difficultly with this analysis is the assertions that don’t quite add up and the oversimplification of possible viewpoints.

To start, I’m not sure who, exactly, is attempting to hold the industrialists from a century ago responsible for our actions now.

Slavery in the United States happened. It was an institution upon which, partially, the nation was built. It was wrong. The current generation of Americans are principally responsible for what they do now in terms of racial equality and justice, not for what any particular person or organization did in the 17th, 18th, or 19th centuries. Our responsibility to the past is that of awareness and acknowledgment of it; what happened and what it means for us now.

It is no different with industrial practices of a century ago and global warming now – except for the “global” part. And so ultimately Debra is right, though I think she puts forth a red herring in the process, this isn’t about the past. It is about the present and what we decide now for the future.

International cooperation on drastic and systematic reduction in greenhouse gas emissions are necessary to adequately minimize the impacts of the current and projected increase in mean global temperature that is likely caused from human activity inherent in a modern industrialized society.  This will require at least some – if not significant –  fundamental changes in lifestyle and patterns of consumption.

There, I said it. We might have to change our ways.

I understand Saunders frustration when what she lumps together as “believers” talk of “changing light bulbs to stop global warming”, with nobody acknowledging the real sacrifice needed to honestly support that belief. But I think Saunders oversimplifies the ongoing discussion and generalizes entire swathes of people concerned about climate change.

It isn’t that difficult – especially, one assumes, for a journalist – to dig deep enough to get beyond the Laurie David’s, Live Earth “mega events”, and yes, Al Gore (sorry Al) and find substantive discussion about some of the real consequences of both action and inaction in the face of global warming. It is disingenuous, in my opinion, for Saunders to assume that “global warming believers” are some monolithic group with one voice and one set of ideas on the subject. Instead of adding to the discussion, it is a distraction and only exacerbates the divisiveness of it. And I’m sure that isn’t Debra’s intention.

Next, Debra asks if we remember scientists warning us of “global cooling”, adding a bit of sarcasm by admonishing the reader to “all bow” in the presence of said scientists. First, I continually fail to understand why it is necessary to beat up on the scientists. Personally, I see no reason to “bow” to scientists. I just need to listen to what the scientists say, study their work as best I can, attempt to understand their conclusion and hypothesis, and determine if I think it is credible. Mocking and dismissing the work of scientists serves no purpose, and Saunder’s use of sarcasm is unnecessary.

I assume she has some respect for all the scientists she claims to know that have a counter view to anthropogenic global warming, or why would she have bothered to tell us about it? Perhaps just to impress us because she goes no further than that. She knows scientists that don’t agree with the mainstream so there. In any case, the idea that there are simultaneous cooling and warming forcings on the climate shouldn’t be that much of a stretch. Perhaps Saunders can ask her scientist friends what they know of “global dimming”.

Finally, Saunders tells us that science is about results, but global warming is about belief – Really? For whom? Is it about what you believe Debra? I am in wholehearted disagreement. This sort of thinking – on both sides of the issue – is why the discussion of climate change is so rife with ill-formed arguments, emotion, and political agenda. Global warming and the study of climate change is about science. Or at least it should be, but we keep hearing emotionally charged tag lines like the ones strewn throughout Saunders piece that anybody truly concerned about climate change and thinking for themselves barely has a chance.

We need a better discussion in this country about not only global warming, but energy use, environmental stewardship, our patterns of consumption, and what it all means for us now as well as future generations.

I found none of that in Debra Saunders article. 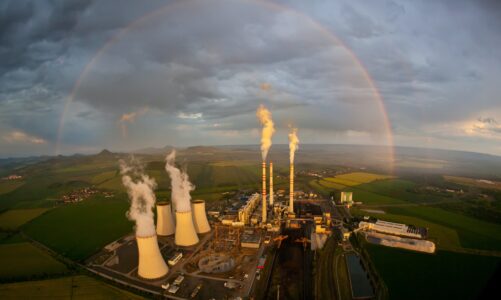