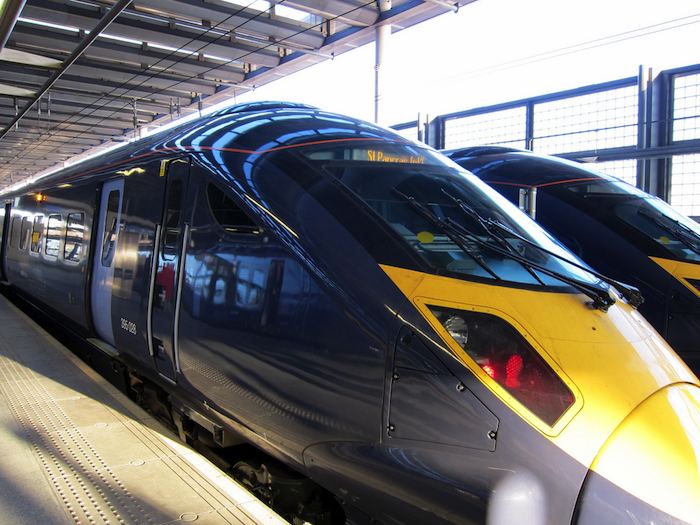 All around the world countries are investing in high speed trains. In 2011, China committed to investing $360 billion to vastly expand its network of high-speed trains. China’s trains carry passengers at more than 200 MPH between some of the country’s largest cities. Spain is investing $170 billion to extend its super fast rail system and other countries throughout Europe, India, Brazil, Argentina, and Morocco, are all investing heavily in high speed rail.

The proposed U.S. bullet trains travel at speeds of 220 MPH. While some consider the costs prohibitive at $600 billion, advocates counter that in addition to reducing carbon emissions, such a system would eventually yield benefits that far exceed the original investment.

At the end of July, California announced plans to break ground on the first high speed rail line in the U.S. The new electric powered high speed train line will go from San Francisco to Los Angeles and is slated for completion in 2029.

Another futuristic mode of transport is the Hyperloop which is almost four times as fast as the proposed U.S. bullet trains. This solar powered ultra high speed transportation system involves wheel-less capsule shaped cars in a low-pressure tube that travel at speeds up to 800 MPH.

The travel time between San Francisco and Los Angeles is estimated to be around 30 minutes for the Hyperloop compared to about 2.7 hours via California’s planned high-speed rail. Once started, it is expected to take 7 to 10 years to complete.

In addition to unparrelled speed, the Hyperloop boasts comparitively low costs. Building the Hyperloop is expected to cost around $6 billion which is far less than the state’s high-speed rail project which is now estimated at $68 billion.

One of the most attractive components of the project are the solar panels mounted on the roof. These panels eliminate the need for outside sources of power. Building the Hyperloop on top of pylons that run parallel to an existing interstate would minimize environmental impacts and make it more earthquake resistant.

In 2008, Tesla Motors launched the world’s first completely electric production sports car. The Tesla Roadster Sport boasts a 0 – 60 time of 3.7 seconds and an electronically limited top speed of 125 MPH. Its speed combined with its range of 245 miles per charge, makes this vehicle a leading performer in the electric car production vehicle market.

Since the launch of the Tesla Roadster five years ago, electric and hybrid cars have been breaking records with a fair degree of regularity. As reported by the BBC, a new electric land speed record was recently achieved, beating the 175 mph record set in 1974. The electric Lola endurance prototype achieved the speed of 204.2 mph at the Elvington airfield in Yorkshire, UK. The car has four electric motors that offer a combined output of 850-horsepower.

Nissan is an electric vehicle leader that is also looking to dominate race tracks starting with the prestigious Le Mans 24 Hour race in 2014. Nissan will use the newly unveiled ZEOD RC which is reported to be one of the world’s fastest electric racing cars capable of speeds over 300km/h (186 MPH). The ZEOD alternates using gas and electric power.

In 2013, Toyota wanted to break its own electric car record at the Pikes Peak International Hill Climb. The Toyota EV P002 race car took part in the two-day session in Colorado, but fell victim to heavy rains. A couple of other electric vehicles did manage to best Toyota’s record time set in 2012. The winning vehicle was the Peugeot 208 T16 followed by Hyundai RMR PM580-T.

In August, Toyota revealed its Hybrid-R concept. Using technology similar to Toyota’s TS030 Hybrid race car, the Hybrid-R pairs a 1.6-liter “Global Race Engine” power plant with two electric motors, turning the Yaris into an all-wheel drive super-fast hatchback. Power is generated under braking and stored in a super capacitor to deliver maximum power in a short space of time. The Hybrid-R is expected to debut at the Frankfurt Auto Show on September 10.

Some of these fast electric cars are also going into production. Early in 2013, Mercedes green lighted the SLS AMG Coup Electric Drive for production. Mercedes worked with its F1 division to build the car and the company claims that it is both the fastest and most powerful production EV in the world. Total output from the four electric motors is 740 hp (552 kW) and 738 lb-ft of torque. This car has a top speed of 155 MPH and a 0-62 time of just 3.9 seconds. Mercedes claims a zero-emissions range of 155 miles.

Mercedes says the car is, “aimed at technology-minded super sports car fans who are open to new ideas and fascinated by ambitious high-tech solutions for the future of motoring.”

The Lightning Car Company has created a GT supercar that runs on a lithium-titanate battery which is an even stronger and more stable energy pack than traditional lithium-ion batteries. The quick charging Lightning GT Supercar has a range of over 150 miles and a 0-60 time under 5 seconds. The battery allows for the same amount of power whether at full charge or almost depleted.

When it comes to electric vehicles, high speed rail and super cars get most of the attention, but there are some increasingly quick electric motorcycles, planes and boats. In 2013, the Electric Lightening was the fastest motorcycle to complete the Pikes Peak course. This is the first electric motorcycle ever to beat a combustion engine vehicle on the course.

This is just the beginning of electric powered speed, electric engines will eventually eclipse fossil fuel powered transportation altogether.  In the not too distant future, combustion engines will be museum pieces that will be widely regarded as both slow and inefficient, in addition to being environmentally destructive carbon emitters.
——————-
Richard Matthews is a consultant, eco-entrepreneur, green investor and author of numerous articles on sustainable positioning, eco-economics and enviro-politics. He is the owner of The Green Market Oracle, a leading sustainable business site and one of the Web’s most comprehensive resources on the business of the environment. Find The Green Market on Facebook and follow The Green Market’s twitter feed. 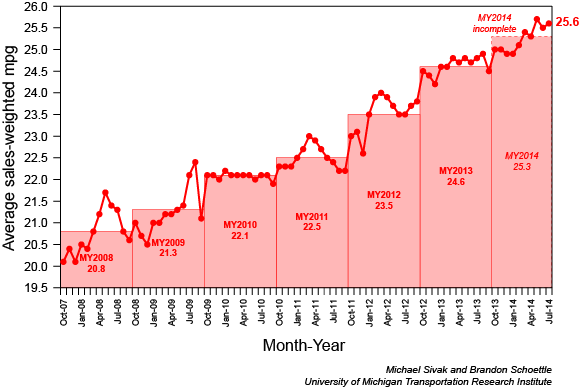