Corruption is a major global problem that has a direct impact on efforts to manage the world’s resources and combat climate change. Countries in South Asia, northern Africa, Madagascar, Mozambique and Zimbabwe are among the most corrupt places in the world. Other countries are by no means exempt as corruption is pervasive around the world.

The most recent Transparency International report pointed out that corruption risks exist in political decision-making and climate financing and through the mismanagement of public funds. As stated in the report, “”Where huge amounts of money flow through new and untested financial markets and mechanisms, there is always a risk of corruption.” The report further indicates that total global climate change investments will reach almost $700 billion by 2020.

The countries that are most vulnerable to climate change tend to be the most corrupt. The TI report on global corruption and climate change ranks nations according to their corruption risk, where zero is extremely corrupt and 10 is “very clean.” Not even one of the 20 countries most affected by climate change scored higher than 3.5.

A lack of government transparency is correlated with a country’s failure to provide clean water. Half of the 20 nations with the worst record in TI’s Corruption Perceptions Index are located in sub-Saharan Africa, where 63 percent of the population lacks basic sanitation facilities, according to the U.N. Economic Commission for Africa (pdf).

In an article by Radio Netherlands Worldwide, Lisa Elges from Transparency International cites an example of corruption in North African solar panels:

“We’ve studied the installation of solar panels in North Africa and found that weak governments, bureaucracy and corruption could inflate investment costs by 20 percent. The project was supposed to cost 400 billion dollars up to its completion in 2050. However, with the 20 percent inflation every year, it will cost 1600 billions dollars by 2025!”

“I work closely with corruption fighting experts and embassies, and I require full reports from them. Yes, we’ve had to reclaim our funds in some instances where they went into the pockets of dignitaries rather than in the irrigation project”.

As indicated by the TI report, carbon markets have been fraught with fraudulent activity. The European Union’s $134 billion emissions trading scheme has seen the re-sale of used carbon offsets, hacking, theft and continuing value-added tax fraud.

The U.N.’s Clean Development Mechanism (CDM) has been criticized because of its lack of transparency and its inability to deliver additional emissions cuts. The project developers responsible for helping poorer nations reduce their emissions under the CDM have also been subject to criticisms for exploiting the system.

“Creative accounting can lead to the double counting of emissions by companies of their own reported mitigation efforts, (…), thus nullifying the environmental integrity of the emissions reductions,” the TI report said. “It is imperative that these lessons be considered in establishing new markets, and used to improve and reform the existing mechanisms.”

The TI report also singled out the forestry sector as particularly vulnerable to corruption due to high international demand for timber, weak land ownership rights and marginalized indigenous communities.

According to World Bank estimates, each year, between $10 billion and $23 billion worth of timber is harvested illegally or comes from suspicious origins. The TI report indicated that this will have to be dealt with before the U.N. forest preservation scheme known as REDD (Reducing Emissions from Deforestation and Forest Degradation) gets the $28 billion a year funding it is expecting as of 2013.

Corruption is undermining efforts to bring water to billions of people around the world suffering from scarce water resources. Corruption from petty bribes to corporate manipulation of public water services has slowed progress in solving the world’s water problems. As reported in ENN, Gerard Payen, director of the Aquafed industry group said:

“Corruption increases costs and reduces efficiency and this is a reason why private operators are strongly motivated to overcome corruption.”

The same article cites a World Bank estimate that suggests 20-40 percent of water sector finances were lost to corruption. “That would mean a projected loss of about $20 billion from needed investments in sub-Saharan Africa over the coming decade.”

According to the 2008 Global Corruption Report from TI, when added up, corruption raises the price for water services between 10 and 30 percent worldwide each year. Based on the worst-case scenario, corruption could raise the cost of improving water supply by $48 billion.

A prime example of widely publicized corruption involves Africa’s multi-billion dollar water transfer effort, known as the Lesotho Highlands Water Project. The plan was to supply water to the industrial heartland of South Africa and to generate energy for impoverished Lesotho. The project also presented water officials with opportunities to increase their personal wealth. In 2002, Lesotho courts sentenced the project’s chief executive to prison for accepting bribes from 18 multinational companies that were vying for construction contracts.

“Corruption in water can lead to skewed and inequitable water resources allocation, to uncontrolled and illegal pollution, to groundwater over-extraction, and to degraded ecosystems. In many cases, these impacts in turn result in reduced resilience and adaptability to the impacts of climate change.”

Zhou said in a report to China’s legislature that some local government leaders directly interfere in environmental law enforcement by threatening to remove, demote and retaliate against environmental officials, Xinhua said. “The failure to abide by the law, lax law enforcement, and allowing lawbreakers to go free are still serious problems in many places,” Zhou was quoted as saying.

As reported in ENN, the U.S. also has its own environmental corruption. In one well documented example from 2007, the Center for Biological Diversity led litigation to protect six endangered species from Montana to Alabama. These lawsuits charged high level Bush administration officials with political interference after they stripped protections for 55 endangered species and 8.7 million acres of land.

Before Deputy Assistant Secretary of the Interior Julie MacDonald was forced to resign in 2007, she ignored the recommendations of U.S. Fish and Wildlife Service biologists and slashed critical habitat proposals.

These events prompted Michael Senatore, senior counsel for the Center for Biological Diversity to say, “The depth of corruption within the Department of the Interior goes way beyond Julie MacDonald and eight decisions. It impacts hundreds of endangered species and millions of acres of wetlands and wildlife habitat.”

Corruption adds dramatically to the costs of protecting the environment, and increased costs slow the adoption rate of low carbon technologies. It is abundantly apparent that we will need more transparency, oversight and governance. At a time when governments are stretched beyond their fiscal limits, we cannot allow graft to undermine environmental protection. 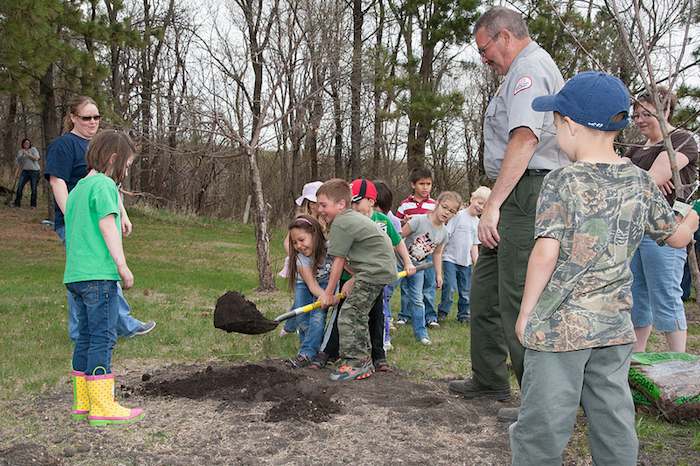