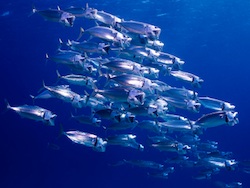 A preliminary report released today by an international panel of interdisciplinary marine scientists on behalf of the International Programme on the State of the Oceans gives a stark warning that unless the combined threats facing the world’s ocean are not curbed soon, a marine mass extinction could occur on a scale unprecedented in human history.

“The findings are shocking,” said IPSO Scientific Director Alex Rogers. “As we considered the cumulative effect of what humankind does to the ocean the implications become far worse that we had individually realized. This is a very serious situation demanding unequivocal action at every level. We are looking at consequences for humankind that will impact in our lifetime, and worse, our children’s and generations beyond that.”

The conclusions of the report are the product of a first-ever workshop bringing together marine experts and scientist from various disciplines to assess the latest ocean stresses and impacts, and to determine the effects of those multiple stresses on current and future ocean health. The workshop enabled these experts and scientists to engage a comprehensive, global view of the cumulative threats facing the ocean, and how they impact the future viability of ocean ecosystems.

“This examination of synergistic threats leads to the conclusion that we have underestimated the overall risks and that the whole of marine degradation is greater tha thte sum of its parts, and that degradation is now happening at a faster rate than expected”

The report cites a wholly inadequate approach to management of marine resources and activities that impact the ocean, all of which have led to “intense multiple stressors acting together in many marine ecosystems.” These impacted ecosystems lack the resilience to withstand increased pressures from expanding human populations and increasing rates of CO2 emissions.

A spate of other research supports the findings of the IPSO study, all showing an ocean under severe threat, including disappearing coral reefs, rapidly increasing acidification, and growing incidences of marine life extinctions.

The IPSO report urges a change of human interaction with the ocean and adoption of a “holistic approach to sustainable management of all activities that impinge marine ecosystems.”

“This has to be part of a wider re-evaluation of the core values of human society and its relationship to the natural world and the resources on which we all rely.” 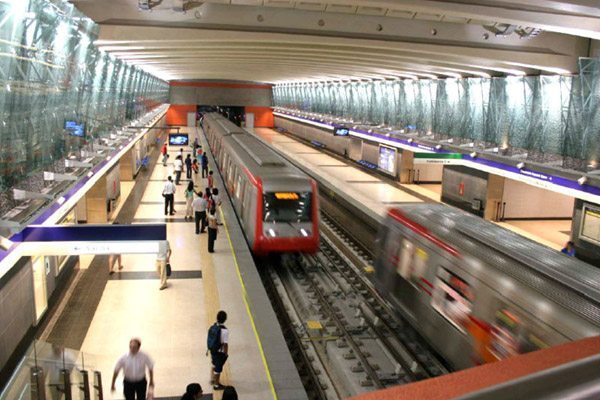