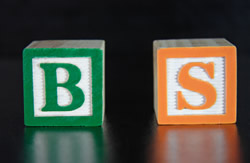 A team from the National Solar Observatory (NSO) and the Air Force Research Laboratory (AFRL) has released research suggesting that the sun is heading for a period of decreased sunspot activity.

The Daily Mail took that report and ran with it, adding their own delicious little tidbit. Here’s the headline they used to announce the NSO/AFRL study:
Earth facing a mini-Ice Age ‘within ten years’ due to rare drop in sunspot activity

Wow, that’s a pretty dramatic scientific story eh? An ice age is afoot! Puts all those global warming alarmists in their place, doesn’t it?

There’s only one problem. The Daily Mail just made up the bit about a “mini ice age.” None of the research cited predicts any such thing. In fact the hysteria over the Daily Mail’s assertion grew to such a fevered amongst the likes of Rush Limbaugh and Fox News that Frank Hill, lead scientist for the study, felt compelled to add the following to an NSO press release:

“We are NOT predicting a mini-ice age. We are predicting the behaviour of the solar cycle. In my opinion, it is a huge leap from that to an abrupt global cooling, since the connections between solar activity and climate are still very poorly understood. My understanding is that current calculations suggest only a 0.3 degree C decrease from a Maunder-like minimum, too small for an ice age. It is unfortunate that the global warming/cooling studies have become so politically polarizing.”

Of course that didn’t stop Rush, Fox, and others from climbing up on the bandwagon. If only they’d read (or reported, or cared about) the real research.