(Our regular Monday Environmental News Wrap will be back next week)

With gas prices on the rise again and crude oil reaching at $103 a barrel as of this morning, the cry for more oil and gas drilling in the U.S. has grown in recent weeks.

As the new chairman of the Natural Resources Committee, Representative Doc Hastings (R-WA) is pushing for more available federal land on the cheap for exploration and drilling. Last month he wrote an op-ed in The Hill invoking Daniel Webster to support his pro-fossil agenda.

But as the Checks and Balances Project points out, Hastings conveniently omitted a significant portion of the phrase he quoted:

In one very telling – and a little funny – example, Hastings submitted an op-ed to The Hill in February. In his essay, he cited the words of Daniel Webster:

“It would be in our best interest to heed Daniel Webster’s words that are prominently inscribed on the walls of the House Chamber, ‘Let us develop the resources of our land … and see whether we also, in our day and generation, may not perform something worthy to be remembered.’”

The problem is that Hastings deprived Secretary Webster of his First Amendment Rights, because the full quote is:

“Let us develop the resources of our land, call forth its powers, build up its institutions, promote all its great interests, and see whether we also, in our day and generation, may not perform something worthy to be remembered.”

“Build up its institutions, promote all its great interests.” It occurs to me that those words could refer to the need to protect public lands, and promote all their uses, such as the outdoor recreation industry, responsible for 6.5 million jobs. I can only assume that when Hastings performed this little exercise in censorship, he was afraid to clutter the issue with contrary information, or the truth.

Checks and Balances goes on to point out Hastings is similarly lacking in presenting all the facts about current leases, drilling permits, and tax breaks for Big Oil:

As oil prices rise, so does the rhetoric and polarization, as staff director Bob Simon for the Senate Energy and Natural Resources Committee points out:

“The sad experience of 2008, the last time we had an oil run-up, was that if oil prices get too high, it tends to make the energy debate so polarized that you actually get nothing done. There are people who will look at it as an opportunity to recycle their previous talking points instead of trying to make some progress.”

Doc Hastings does both Daniel Webster and the nation a disservice. The time is long past to begin making real changes and progress in our energy policy.

Thanks to Colin Silver of the Checks and Balances Project 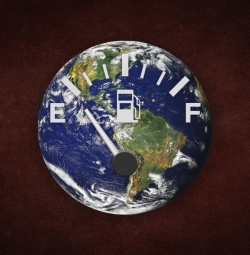