Dear EarthTalk: I saw a cover line on a magazine that said, “The next world war will be over water.” Tell me we’re not really running out of water! — Nell Fox, Seattle, WA

Today fully one-sixth of the world’s human population lacks access to clean drinking water, and more than two million people—mostly kids—die each year from water-borne diseases. The U.S. Agency for International Development (USAID), an independent organization that provides economic, development and humanitarian assistance around the world in support of the foreign policy goals of the United States, predicts that by 2025, one-third of all humans will face severe and chronic water shortages.

Needless to say, water is of primary importance to our survival, and protecting access to and the quality of fresh water supplies will likely become more and more of a challenge in the coming years. According to the non-profit World Water Council, the 20th century saw a tripling of the world’s population while freshwater use grew by a factor of six. With world population expected to increase as much as 50 percent over the next half century, analysts are indeed worried that increasing demand for water, coupled with industrialization and urbanization, will have serious consequences both for human health and the environment. Access to freshwater is also likely to cause conflicts between governments as well as within national borders around the world.

According to USAID, the world’s “water crisis” is not so much an issue of scarcity as it is of poor management and inequitable distribution. The hardest hit regions have been countries in the Middle East, North Africa and sub-Saharan Africa. Worldwide demand for water is presently doubling every 21 years.

Water-related problems are not the sole purview of the developing world though. We here in North America have polluted and diverted our fresh water supplies far beyond nature’s capacity to restore the flows, notably in the West where sprawling, thirsty metropolises have grown up in deserts where the only way water can be provided is to siphon it from other regions.

So how do we fix the world’s water woes? The key lies in using water more efficiently—especially in agriculture and industry, which together account for over 90 percent of the world’s total freshwater use. But changing the practices of millions of farmers and businesses around the world is a Herculean task.

Irena Salina, director of the award-winning documentary film, FLOW, about the world’s dwindling water supplies, thinks it can be done if world leaders, international banks, the United Nations and other governmental organizations establish cooperative agreements for the use of bodies of water, including groundwater, and economic mechanisms to make sure those who need access to water can get it.

As for the developed world—where we use 10 times the water as do developing countries—Salina remains pessimistic:

If our own leaders were serious about solving problems, we would not allow corporations to discharge pollutants into our water sources,” she says. “Instead of spending billions on technologies that clean up pollution, we would be using resources to prevent water pollution in the first place.” Dear EarthTalk: There has been a lot of news about lead-tainted children’s toys being recalled. Where are these toys ending up and are they creating pollution problems there? — Michael O’Laughlin, Tigard, OR

The biggest problem with the recall of millions of lead-tainted toys over the last few years has been getting shops and consumers to comply. According to Mattel—which has issued dozens of recalls in recent years, including some 2.2 million Chinese-made toys contaminated with lead paint—historically only about six percent of recalled toys are returned. For those that do come home to roost, Mattel sells or reuses the zinc and some of the resins they contain, and then recycles as many of the other components as possible, off-loading the lead to companies that specialize in the safe disposal of hazardous materials.

But what becomes of the 94 percent or so of the recalled lead-tainted toys that don’t make it back to Mattel? Many of them no doubt have found a comfortable home with a child somewhere long before word of the recall—ignored or missed by parents—got out. Of the remaining toys, some of those that were recalled in the summer of 2007 ended up on auction website like eBay and business-to-business sites like Made-in-China.com—and then eventually into the hands of unwitting consumers, many of them overseas.

Unfortunately, there is still no federal law or regulation against reselling recalled toys, although some members of Congress are trying to change that. For its part, eBay has agreed to try to keep recalled products off its auction website, but enforcement can be a challenge.

The fact that these toys got out there for sale in the first place is the real shame, as research has shown that kids who have been exposed regularly to lead or lead paint have lower IQs and may experience learning disabilities as well as behavioral problems.

The good news might be that recalls are getting more exposure than ever, with better results. Illinois-based RC2 Corporation has already gotten back upwards of 70 percent of the 1.5 million lead-tainted Thomas & Friends wooden railway toys it recalled just last year. While there is still no nationally accepted procedure governing the disposal or recycling of such items, individual companies are bound by the laws of their respective states regarding disposal of the harmful materials. Those who worry about lead leaching out of landfills and into groundwater and soils would like the see the federal government mandate strict safety rules for dealing with lead and other hazardous materials.

Consumers unsure about whether a particular toy or other item has been part of a recall should check online at the “Recalls and Product Safety” section of the U.S. Consumer Product Safety Commission’s website. If a given product has been recalled, you can probably return it to the store where you bought it and let them deal with the hassle of getting it to the manufacturer. Or if you know an item was recalled for hazardous materials, you can drop it off at your local municipal hazardous waste collection facility. The website Earth911 provides a comprehensive national database of such facilities coast-to-coast. 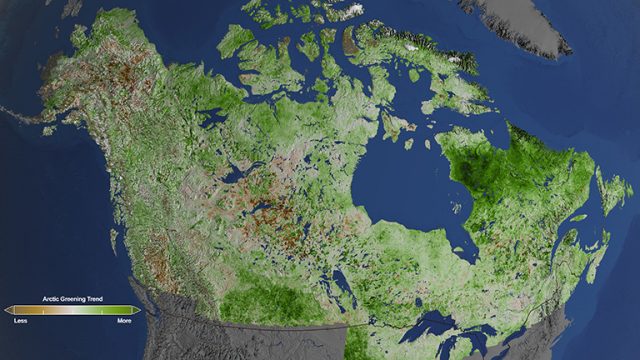