While no surprise, it is now official. The EPA, at the apparent bidding of the White House, will do nothing about climate change and carbon emissions until the next administration.

On Friday Environmental Protection Agency Administrator Stephen Johnson did an end run around the April 2007 Supreme Court ruling requiring that the EPA must take steps to assess the risk of greenhouse gas emissions and, unless there is a solid scientific basis showing there are no health and environmental consequences, regulate those emissions.

The EPA’s initial draft report did state that greenhouse gas emissions from human activity posed a significant danger to public health and welfare, and “should be controlled”. The report went on to talk of the significant economic benefits of raising auto efficiency standards (CAFE) to at least 37.7 mpg. The draft report was completed in December of last year and sent to the White House via email, where it sat ignored and unopened for months.

In fact, the Bush administration knew full well what the report contained and refused to accept the draft, instead pressuring EPA “leadership” to redo the report to Bush and Cheney’s liking. Which they did.

As late as May 30th of this year, EPA staff members had drafted a document citing an expected $2 trillion dollars in economic benefits for consumers from reduced fuel usage from cars designed to burn more efficiently and with fewer carbon emissions.

Despite all that, on Friday (hoping nobody would notice) the official White House sanctioned EPA report was finally released stating just the opposite of what the EPA has up to that point maintained – that greenhouse gas emissions pose a health risk, should be controlled, and in doing so Americans would realize economic benefits. Instead, Johnson asserted last Friday that using the Clean Air act to regulate greenhouse gas emissions would be “irresponsible”.

So which EPA are we to believe? The question is easily answered. The report has a 120 day period of public comment, insuring that the current political leadership at the EPA, along with the Bush administration, will take no action – none in eight years – on addressing climate change.

Among his comments on Friday, Johnson also stated that it should be up to Congress to pass legislation to deal with climate change. Given how well even an attempt to debate the issue went last month, combined with the EPA’s sorry record during the Bush administration, that statement strikes me as particularly cynical.

In any case, it is a sad and alarming fact that there is no leadership on climate whatsoever emanating from Washington. 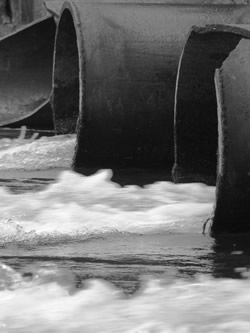 One thought on “It’s Official: EPA Throws Climate “Under the Bus””