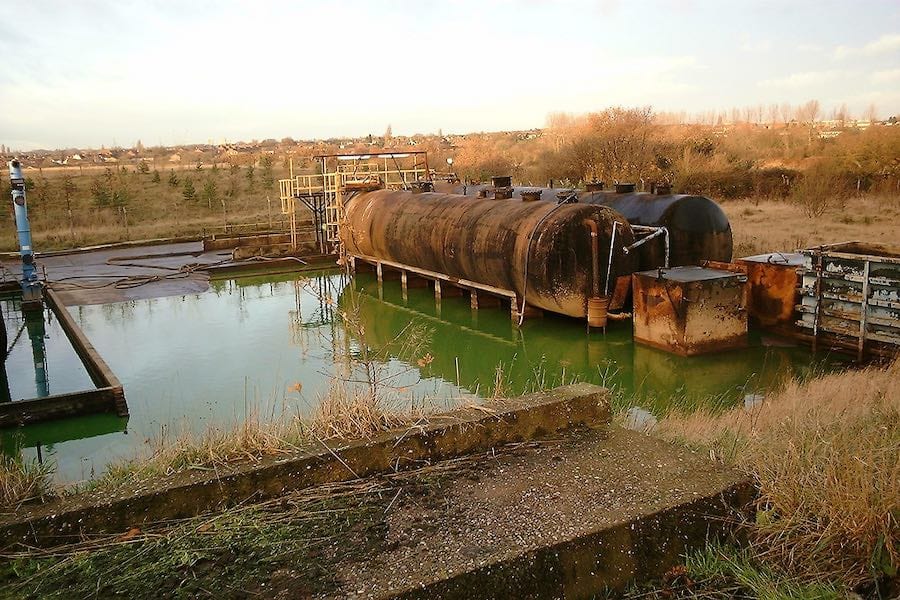 The water you drink

The following press release from the Sierra Club speaks to an upcoming vote tomorrow (February 5th, 2019) by the Senate Environment and Public Works Committee, advancing Andrew Wheeler as the new EPA Administrator. Since the inglorious removal last year of Scott Pruitt, Wheeler has served as acting administrator of the beleaguered agency.

While Wheeler may not present the abject moral failings of Pruitt, he is still very much a fox guarding the henhouse.

The Sierra Club’s Lauren Lantry addresses the troubling issue of Wheeler’s refusal to address toxic chemical pollution driving a crisis of water contamination across the country.

Tomorrow, the Senate Environment and Public Works Committee will vote on advancing acting EPA Administrator Andrew Wheeler’s nomination. On top of being cozy with polluters and rolling back our biggest protections against climate pollution, Wheeler is in the hot seat for his refusal to address toxic emissions and clean up polluted communities from per- and polyfluoroalkyl (PFAS) chemicals. These toxic chemicals are fueling a water contamination crisis in hundreds of communities across the country. As many as 110 million Americans could be drinking PFAS contaminated water.

Wheeler has David Dunlap, a former Koch Industries employee serving as a deputy in EPA’s Office of Research and Development. Dunlap is overseeing how and if EPA will regulate the toxic chemical despite Koch Industries subsidiary Georgia-Pacific using PFAS in some of its products and facing at least one class-action lawsuit related to contamination from the chemicals.

PFAS are in the bloodstream of an estimated 98% of Americans, and is linked to decreased effectiveness of childhood vaccines, liver and kidney damage, increased risk of thyroid disease, increased risk of asthma, decreased fertility, pregnancy complications, lower birth weights, and cancer. Without EPA action, the toxic chemical continues to be dumped into waterways and wild places and into water supplies serving our neighborhoods and military bases. Thanks to the PFAS project’s data, here’s how PFAS is impacting communities in the states of EPW Committee members:

In Alabama, in total, 42 water utilities had detectable PFOS or PFOA in EPA tests conducted between 2013 and 2015, affecting more than 400,000 customers. Additional water utilities have PFAS pollution that was not disclosed to customers nor local government due to EPA reporting guidelines.

Pollution from a 3M facility in Decatur, AL caused 100,000 people in north Alabama to be advised to not drink water from their taps due to elevated levels of PFOA and PFOS. Affected areas included Morgan County, Lawrence County, Etowah County, Fort Payne, Centre, and West Point.

In December of 2017 the City of Fairbanks found that PFAS pollution from a fire fighting training center had contaminated 26 out of 33 private drinking water wells. 19 of those had levels above the EPA Health Advisory. The lowest detection of PFAS was 6.4 parts-per-trillion (ppt) and the highest detection was 762 ppt.

At the Eielson Air Force Base in Moose Creek, Fairbanks North Star Borough, Alaska, PFOA and PFOS levels were detected in 150 of 152 tested drinking water wells in Moose Creek.

The Environmental Defense Fund analyzed emissions from paper and pulpmills which apply PFAS in the production of greaseproof food packaging. The Red River of the South is likely to contain PFAS. It runs through Texas, Oklahoma, Arkansas and Louisiana.

At the Delaware Air National Guard Base at New Castle County Airport in New Castle, Delaware, levels found in public wells ranged as high as 2300 ppt for PFOS in New Castle’s wells, and as high as 1800 ppt in Artesian’s water two wells.

At the Dover Air Force Base in Dover, Delaware, groundwater was found to be contaminated with per- and polyfluoroalkyl substances (PFASs).

At the corporate headquarters of DuPont and Chemours in Wilmington Delaware, water samples taken near Wilmington Manor were more than 11 times the EPA’s provisional drinking water guidance for PFOS. This water is discharged into the Delaware River, into the town of Wilmington, Delaware.

In the town of Blades, Delaware, all three municipal drinking water wells exceeded the national health advisory for combined PFOS/PFOA of 70 parts per trillion (ppt).

The Environmental Defense Fund analyzed emissions from paper and pulpmills where PFAS is applied in the production of greaseproof food packaging. They determined that Potomac River in Maryland and Virginia is likely contaminated with PFAS.

PFAS pollution from the Joint Base in Cape Cod, Massachusetts could affecting the drinking water of 200,000 year-round residents and 500,000 seasonal residents.

PFAS has polluted the water in Hyannis, Massachusetts, a town with a population of 15,000.

The Environmental Defense Fund analyzed emissions from paper and pulpmills that use PFAS in the production of greaseproof food packaging. The Tennessee River in Tennessee, Alabama, Mississippi and Kentucky is likely contaminated with PFAS.

In Fargo, North Dakota, PFAS has leaked into the water table at six sites including Grand Forks Air Force Base and Hector International Airport.

The Environmental Defense Fund analyzed emissions from paper and pulpmills which use PFAS in the production of greaseproof food packaging. The Red River of the South in Texas, Oklahoma, Arkansas, and Louisiana is likely contaminated with PFAS.

In Burrillville, Rhode Island, PFAS contamination is affecting the water of 175 people.

In Vermont PFAS water contamination has been found across the state including at Bennington and North Bennington, Chittenden County, Pownal, and Clarendon — Rutland Regional Airport Business Park.

According to the West Virginia Gazette: A study of 60,000 residents in West Virginia and Ohio exposed to high levels of PFOS and PFOA from a DuPont manufacturing plant and an Army airfield showed they had high rates of thyroid malfunction, testicular and kidney cancers and preeclampsia.

In Warren Wyoming, PFAS contamination was found at the FE Warren Air Force Base.

One thought on “Toxic Chemicals Coursing Through Your Veins”