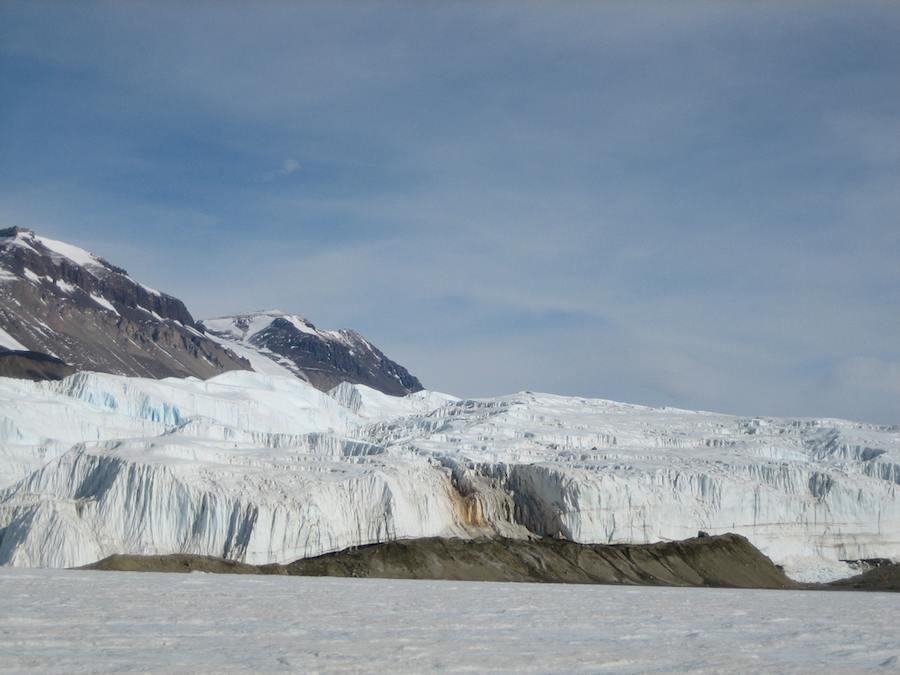 The effects of climate change and environmental abuse are far ranging and may include some pretty strange phenomenon. A number of studies show the wide assortment of deleterious impacts from climate change, including increasing heat waves, drought, rising sea levels, ocean acidification, extreme weather, storm surges, and wildfires. While climate change and environmental abuse is already causing death and disease, there are also a host of related impacts that include diminished agricultural yields, reduced labor productivity, social tensions, conflict and war. Many of these impacts are already with us today and will only increase if we continue with business as usual. According to a new report from the World Meteorological Organisation, because of climate change, the world is five times more disaster prone today than it was in the 1970s. It is also far more deadly, causing millions of deaths in the last few decades.

In addition to costing lives, climate change is causing billions of dollars in material costs each year. The cost of disasters rose to $864bn in the last decade making them about 5.5 times more expensive in 2010 than they were in the 1970s. Damage from flooding and extreme weather alone costs billions of dollars each year.

Climate change and environmental abuse is also driving up the price of a number of commodities. Water shortages and drought are diminishing cotton production. Extreme heat is making it harder to grow peanuts in the U.S. and cocoa in West Africa. Heat, drought and an increase in pest populations are putting a strain on coffee plantations around the world. Even California’s world renowned wine vineyards are under siege from a warming climate.

1. Abyss at the end of the world

A recently discovered abyss in northern Russia measures a staggering 262 feet in diameter. It is located in Siberia on the Yamal Peninsula, which translates to “end of the world.” The hole appeared near a forest just 19 miles from the largest part of the Yamal liquefied natural gas (LNG) project – the largest of its kind in Russia. While the exact cause is not known, at least one scientist is postulating that the hole is attributable to global warming.

As reviewed in the Siberian Times, Anna Kurchatova of the Sub-Arctic Scientific Research Centre said she thinks “the crater was formed by water, salt and gas mixing together underground and igniting to create an underground explosion.” According to her theory, the melting permafrost ice released gas that mixed with sand beneath the surface, combined with salt from an ancient seabed, and caused a massive release of gas akin to the “popping of a champagne bottle cork.”

A city in eastern China has a river that turned blood red. The river is located in Wenzhou, a prefecture in the Zhejiang province. The strange smell and early water analysis suggest that illegal dumping may be the cause. This is not the first time one of China’s rivers have turned an ominous shade of red. A section of the Yangtze River, known traditionally as the “golden watercourse,” turned crimson in September 2012. Explanations for the 2012 event have ranged from industrial contamination to an algal bloom. In 2011, the Jian River in northern China turned bright red due to dyes illegally dumped by a company producing Chinese New Year fireworks wrappers.

Climate change is melting glaciers and in the Antarctic, one such melting glacier has a reddish profusion that has earned it the name of “Blood Falls.” This effect is caused by an outflow of an iron oxide-tainted plume of saltwater. The iron-rich hypersaline water sporadically emerges from the tongue of the Taylor Glacier and flows onto the ice-covered surface of West Lake Bonney in the Taylor Valley of the McMurdo Dry Valleys in Victoria Land, East Antarctica.

Huge amounts of methane (a potent greenhouse gas) are stored in the sea floor in the form of solid methane hydrates. Warming oceans are causing these hydrates to destabilize. As reported in a Global Warming is Real article, scientists have documented the release of methane from the floor of the Arctic Ocean. They reported that there are fields in the Arctic where the release is so intense that the methane does not have time to dissolve into the seawater but rises to the surface as large bubbles. A New Science article reports on lab tests which show that massive amounts of methane have the capacity to affect the buoyancy of ships and even cause them to sink.

According to British atmospheric computer models, climate change could cause the average strength of turbulence to increase by 10 to 40 percent by 2050. The amount of airspace containing significant turbulence may double. Turbulence not only results in a bumpier ride, it’s causing thousands of injuries each year, and costs the airline industry tens of millions of dollars. According to atmospheric scientist Dr. Paul Williams, “What we can say is that as the climate changes, the odds of encountering turbulence on your flight are increasing.”

While studies have documented the value of green spaces to psychological health, research reveals that climate change may pose serious risks to mental health. According to a study published in the journal Proceedings of the National Academy of Sciences, drought has been linked to increasing rates of suicide. Researchers found that in rural Australia there was a 15 percent increase in suicides in men ages 30 to 49. Other research has borne out a similar relationship between drought and suicide in India.

Millions of people living at higher altitudes will be at risk of malaria as a result of rising temperatures and climate change. As revealed in an Independent article, a study published in the journal Science shows that malaria migrates higher when temperatures rise, which threatens the many millions of people who live in malaria-free regions of the high-altitude tropics. Increasing levels of heat will also contribute to outbreaks of West Nile Virus. As droughts slow the flow of creek waters, this creates ideal breeding grounds for mosquitoes. Mosquitoes’ breeding seasons are being expanded by global warming and the heat also allows them to mature and breed faster. Warmer weather further decreases the incubation period allowing the virus to spread rapidly.

Less water due to drought makes some rivers impassible to boat traffic including billions of dollars worth of cargo. This point was illustrated by the Mississippi River this summer which recorded all time low water levels. Water levels near Memphis were 12 feet lower than normal, forcing the closure of an 11 mile stretch of the river.

Heat and low water levels can also cause nuclear power plants to shut down as they rely on cold water for cooling. This summer, reactors in Connecticut were forced to shut down due to warm waters and an Illinois nuclear plant needed special permission to continue operations as adjacent waters reached 102 degrees. Other plants in the Midwest have faced similar problems with both warm water temperatures and low water levels. In the absence of cold water, nuclear plants run the risk of a meltdown. Low water levels associated with drought also make it difficult for hydroelectric facilities to generate power. This summer, California’s hydroelectric power plants have been producing far less electricity due to the ongoing severe drought.

Climate change decreases agricultural yields through drought, extreme weather and insect infestations. Commodities like corn are staples of animal feed and they are being threatened by climate-related drought and flooding, and the corn earworm. As the cost of corn and other feedstock increases, farmers are looking for cheaper ways of feeding their livestock. One Kentucky farmer has started feeding his animals candy rejected for human consumption, an ethanol byproduct and a mineral nutrient. As a consequence of this bizarre feedstock, these animals are more prone to developing E. coli.

This list illustrates that there are a wide range of effects from climate change and environmental abuse. We already know that there a number of tipping points from which we may not be able to recover. The complex ways in which these effects interact are hard to fully anticipate. We do know enough to say that the combined consequences are catastrophic.
——————-
Richard Matthews is a consultant, eco-entrepreneur, green investor and author of numerous articles on sustainable positioning, eco-economics and enviro-politics. He is the owner of The Green Market Oracle, a leading sustainable business site and one of the Web’s most comprehensive resources on the business of the environment. Find The Green Market on Facebook and follow The Green Market’s twitter feed. 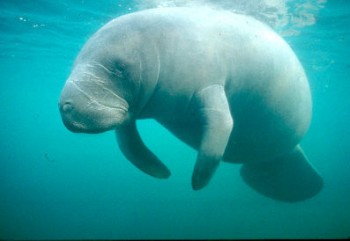 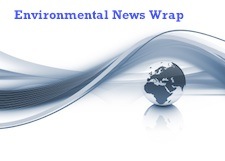 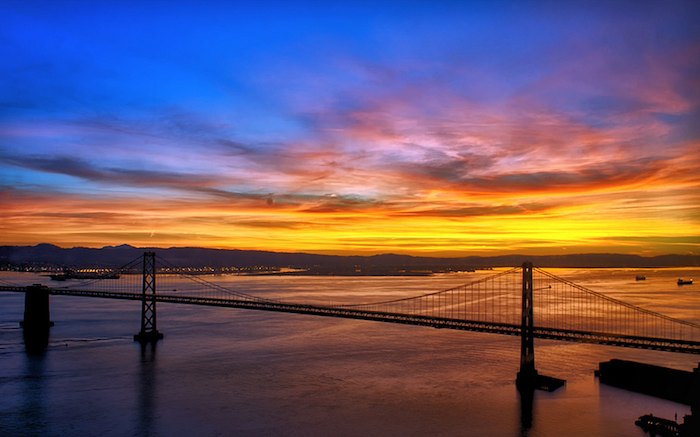