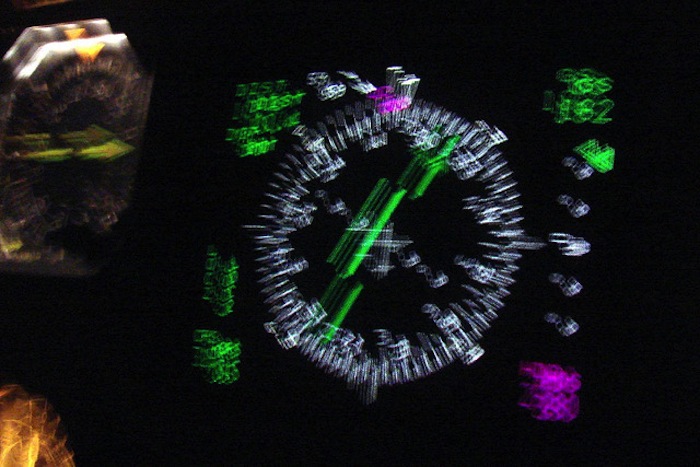 This sort of turbulence, lurking in the stratosphere where airliners operate, comes from the energy the pushes the jet stream and powers global atmospheric circulation patterns; great oceans of air that can unexpectedly toss a large airliner like a ship tossed in a turbulent sea.

New research just published in the journal Nature Climate Change suggests as the atmosphere warms the increased energy will speed up the jet stream and make moderate and severe turbulence much more likely for flyers crossing the through the North Atlantic, especially in the winter months.

Along with co-author Manoj Joshi of the University of East Anglia, the team focused their research on the North Atlantic, a critical corridor through which approximately 600 flights fly every day between Europe and North America. Using supercomputer modeling simulations, Williams and Joshi estimate that the risk of encountering turbulence on flights across the North Atlantic could increase by 40 to 170 percent, most likely doubling my midcentury. Turbulence strength could increase by 10 to 40 percent. Already there is evidence that clear air turbulence has risen some 40 to 90 percent since 1958.

Most of this increased turbulence will occur in the more atmospherically unstable winter months of December, January and February, particularly above 50 degrees latitude through Canada and southern England, where most transatlantic flights travel.

“The most important impact people will notice is quite simply the fact that the flight will be bumpier,” Williams said. “When you’re taking a trans-Atlantic flight, you can expect the seatbelt sign to be switched on twice as much as in the preindustrial climate.”

The costs of clear air turbulence

While often just an annoyance, turbulence increases the likelihood of injuries to passengers and air crew, sometimes these injuries can be fatal. Turbulence also damage aircraft and cause delays for travelers. The estimated societal cost from turbulence is $150 annually. As those costs rise from increased turbulence, they could be passed on to consumers, possibly bringing airfares soaring into the stratosphere as well.

Ongoing research to develop predictive algorithms to alert pilots and controllers of potential patches of turbulent air have thus far only had moderate success. Even as this technology improves, the only option for air crews is to fly around the turbulence, which more burns fuel and impacts schedules – further increasing both emissions and costs.

For Williams, the new research suggests a kind of irony:

“It’s ironic the aviation industry has been recently accused of contributing to climate change. It is kind of poetic justice, in some sense, that the atmosphere is taking its revenge on aviation by making the atmosphere a bumpier place to be.”