Scant sign was given last week st the annual meeting of the United Nations General Assembly in New York that world leaders are focused on international climate change negotiations. With only three months before the COP17 climate conference in Durban, South Africa – where a decision must be made to either extent the Kyoto Protocol into a “second commitment period” or scrap it entirely – little mention of global warming, if any, was made in the string of speeches from the assembled heads-of-state.

Some officials familier with international climate negotiating process insist that progress made in Cancún at last year’s COP16 conference continues, as committees set up Cancún work on proposals to generate billions of dollars in climate aid funding for developing nations – among the most vulnerable populations to climate disruption.

But the visage of the bitterness and disappointment of the 2009 COP15 climate conference in Copenhagen is still palpable, where a watered-down, last-minute, back room deal left the entire process in a shambles.

Many fear the current pace of negotiations could lead to a repeat of that experience later this year in Durban. An added threat, experts say, is that in Durban no world leaders will swoop in at the last minute to cobble together even a flawed agreement, as happened in Copenhagen. While some nations are considering options to keep the Kyoto Protocol alive in a second commitment period past 2012, many are now expressing concern that differences over the future of the agreement and aid for developing countries could spell an end to the process.

“I think this is a low ebb in terms of excitement over what the international community could do to arrest global warming,” said Mohammed Waheed Hassan, vice president of the Republic of the Maldives. “The biggest danger would be if there is no way out for Kyoto, an extension of the Kyoto Protocol.”

It is low-lying island nations like the Maldives that call have been calling for years for more urgency from the international community in dealing with climate change, as rising seas threaten their very existence.In his address to the Assembly, U.N. Secretary-General Ban Ki-moon related a conversation he had with a young girl while on a recent trip to the Solomon Islands, explaining the girl’s fear that her homeland will disappear in her lifetime. Ki-moon gave one of the few impassioned pleas for climate action to the general assembly.

“I call on you to reach a binding climate change agreement, an agreement with more ambitious national and global emissions targets,” Ban pleaded to the hundreds of delegates assembled. “And we need action on the ground now, on cutting emissions and on adaptation.”

President Obama devoted less than a minute in his 36-minute address to climate change:

“To preserve our planet, we must not put off action that climate change demands,” the president said. “Together, we must continue our work to build on the progress made in Copenhagen and Cancun so that all the major economies here today follow through on the commitments that were made.”

One of the few leaders speaking at length about climate change was Mexico’s Felipe Calderón Hinojosa, where he stressed the need for success in Durban.

“I fear … that if there is not sufficient political leadership or a firm commitment of the United Nations in Durban, we might lose part of what we have gained in countering climate change,” Calderón said. “Let us not forget that the Kyoto Protocol expires next year.”

Instead of focusing on the contentious United Nations COP process, some world leaders are looking to the upcoming Rio+20 U.N. Conference on Sustainable Development in Brazil next June for addressing global environmental and sustainability issues. The summit marks the 20th anniversary of the 1992 conference in Rio the spawned the United Nations Framework Convention on Climate Change, the governing arm of the COP climate conferences that led to the Kyoto Protocol.

Lee Myung-bak, president of South Korea, made no  mention of the COP17 conference in South Africa, but told the Assembly of his hope that Rio+20 could bring “a solid vision and action plan towards economically, socially and environmentally sustainable development.”

Addressing the changes of success in Durban later this year, South African president Jacob Zuma said the global community “dare not fail” the people suffering from climate disruptions such as drought, floods, and rising seas. Zuma also stressed that avoiding failure required all nations be involved in climate negotiations, suggesting his hope that COP17 avoid the stigma of Denmark’s hosting of COP15. 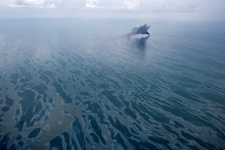