Some radical environmentalists are harshly critical of the increasing levels of cooperation between environmental organizations and major corporations. These extremists believe that the only way we can address the climate change crisis is through a revolution which overthrows the entire capitalist system.

This revolutionary rhetoric was reiterated in an article published on Saturday, April 23, 2011, by Cory Morningstar in the Huttington News. In an article titled “1Sky Unveils the New 350.org: More $ — More Delusion,” Morningstar claims that corporate support for the major environmental organizations is part of a global conspiracy by the “elites” to hijack grassroots environmentalism.

Morningstar’s attack on environmental NGOs includes well respected organizations like Greenpeace, the Sierra Club and 350.org. Morningstar points to the April 6, 2011, announcement that 1Sky and 350.org have officially merged.

The Green Market (of which I am the founder) did not escape Morningstar’s conspiratorial musings. He rails against 350.org and its The US Chamber of Commerce Doesn’t Speak For Me campaign stating:

“350.org revealed its first order of business – that of business. In 2011, The Green Market website published an article titled 350.org and Business. The website promotes the 350 campaign to ask businesses to leave the US Chamber of Commerce in response to climate change; however, it neglected to critically analyze why such a campaign can only fail.”

The truth is the campaign has actually been a great success with some of the most widely recognized brands joining over one thousand businesses of all sizes in saying no to the US Chamber of Commerce and its anti-environmental agenda.

Morningstar has a different interpretation, in his view this “incrementalism dooms humanity to failure.” Although there is an urgent need to respond rapidly, an accelerated form of ‘incrementalism’ may be the most efficient method of implementing the most effective broad spectrum changes.

“No matter how many businesses leave the Chamber, they will still be doing what they do…destroying the environment for the sake of profit…it will provide nothing of consequence to the solution set. It’s nothing less than delusion, if not a crime against humanity, that those who understand the science actually believe such campaigns are helpful beyond our psyches.”

Despite Morningstar’s contention, the 350.org campaign is helping to build momentum which encourages ever larger numbers of businesses to adopt serious sustainability initiatives. Although Morningstar may believe that the climate scientists are delusional, there is a certain logic to accepting the conclusions derived from experimentation over ideologically driven rants.

350.org supports regulation, an end to fossil fuel subsidies and greater taxation for the wealthy, but Morningstar manages to convince himself that the real agenda is “keeping the wealth and power in the hands of a few.” He goes on to say, “As long as the elites control the non-profit industrial complex we will never defeat the climate crisis.”

Morningstar even dismisses proposed US climate change legislation as “completely inadequate and focused on false solutions and commodification of Earth’s final remaining natural resources.” Although legislation is unlikely before 2012, assigning a value to the earth’s resources and attaching a price to pollutants like carbon is an efficient means of slowing anthropogenic climate change in the near term.

At its core, Morningstar’s tirade calls for a revolution against what he refers to as the “ruling elite” which apparently now includes mainstream environmentalism. As he explains in the article:

“…institutions such as 1Sky, are manufactured and funded to serve the system and create a false pretext of dissent. And as long as such organizations refuse to focus on and examine the fundamental relationship between green capitalist logic and ecological disaster, they simply serve as nails in the coffin of humanity and nothing more than brilliantly executed distractions that allow us to embrace the comfort of denial…1Sky and all of the other interconnected heavily funded organizations are little more than convenient messengers for the ruling classes who continue to excel in ensuring ‘all the ducks are in a row’. Nothing is left to chance.”

Although some would have us believe otherwise, the very system which created the ecological nightmare we are facing is also our best hope for the future. The rapid growth of the green economy offer the only viable solution, the revolution that Morningstar advocates is a nightmare within a nightmare.

“If we truly want to save some resemblance of a livable planet for our children, we must confront and reject the non-profit industrial complex, who in reality, cannot and will not bite the hand which feeds them – the hand upon which they depend, in order to continue to exist.”

It is important to follow the actions of corporate and organizational interests closely as there are undeniably many who are working to subvert the process of greater transparency, responsibility and accountability. However, the growing relationship between business and the “non-profit industrial complex” as Morningstar calls them, drives the green economy and benefits the environment. It is nothing short of absurd to dismiss the business community’s pivotal role in carbon reduction.

Morningstar’s Marxist-Lenninist rants reduce the war against climate change to class conflict, but his revolutionary zeal is unproductive and does nothing to solve the dire crisis we are facing. We have seen this tired rhetoric before, and as we look back on the arc of history we see that anti-capitalist regimes are the polar opposite of a panacea.

If we are to make the kind of environmental changes we need to see in the time frames we have, we will have to use the mechanisms in place. Environmental organizations have a crucial role to play getting carbon below a safe threshold and the most expedient way of inducing this change is through the mechanism of capitalism. 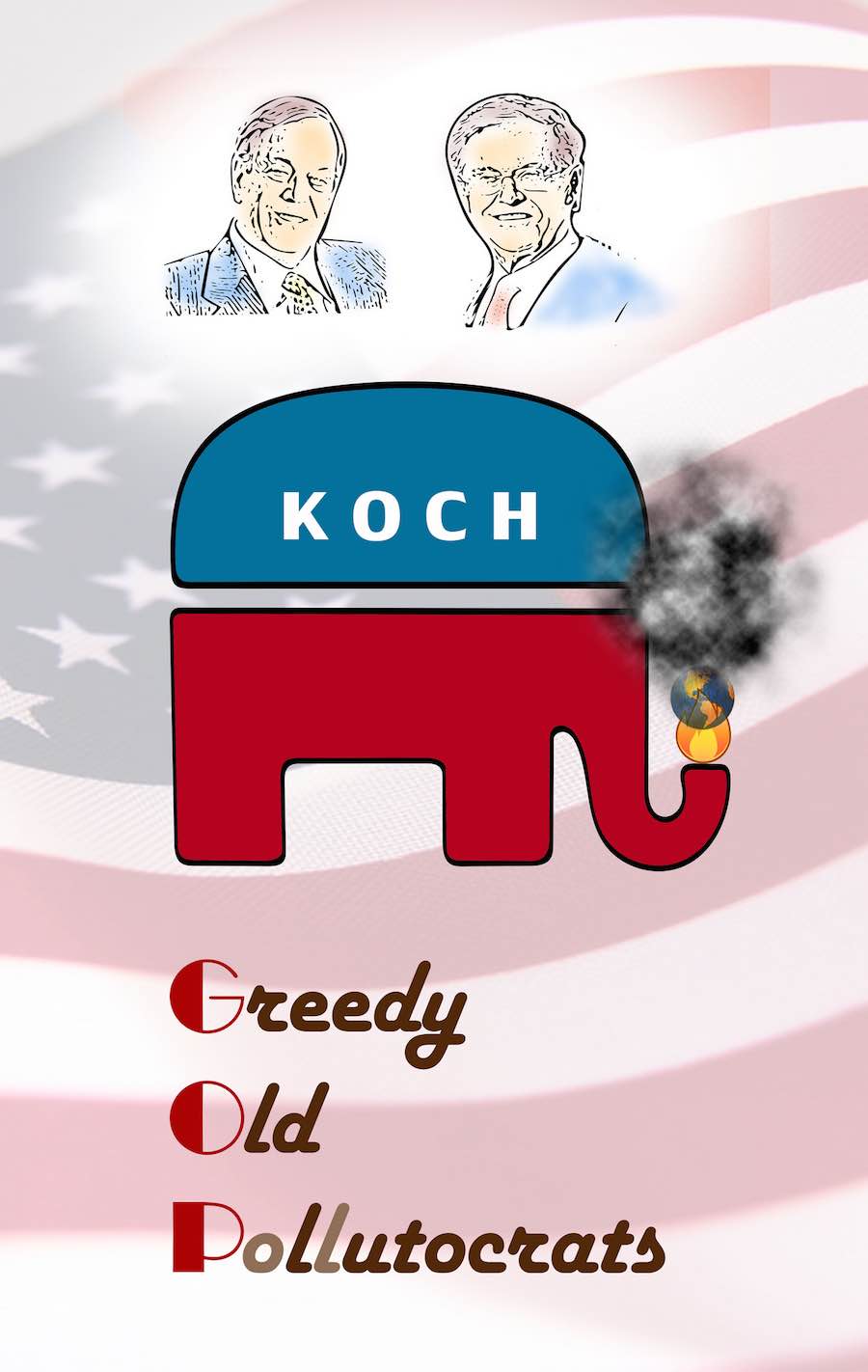