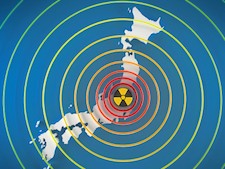 Last week was the 22nd anniversary of Exxon Valdez and the 32nd anniversary of Three Mile Island. This month will mark the 25th anniversary of Chernoybl and the one-year anniversary of the explosion of Deepwater Horizon. Add to the list of horrific unnatural disasters, the current meltdown at the Fukushima Daiichi plant in Japan. Haven’t we learned anything?Read More