The Deepwater Horizon oil spill in the Gulf of Mexico is worse than anyone thought, and the crisis will likely go on for months. British Petroleum (BP) is tripping over itself to say it’ll cover the costs of the clean-up, yet before the spill, the company spent its time and money pushing back against government regulation and safety measures.

Care2 reports, “A piece of machinery costing .004% of BP’s 2009 profits might have prevented the Gulf of Mexico oil spill that is currently threatening the U.S. gulf coast. An acoustic valve designed as a final failsafe to prevent oil spills costs $500,000; the Wall Street Journal writes that the valve, while not proven effective, is required on oil rigs in Norway and Brazil, but not in the U.S.”

Oil is drifting towards the southeastern coastline as clean-up crews and politicians scramble to respond. BP has not staunched the leaks that are pouring more than 200,000 gallons of oil into the Gulf of Mexico each day. (Ed. note: some estimates from BP itself report estimates as high as one million gallons per day. The fact is that nobody know for sure how much oil is gushing into the Gulf of Mexico.)

Beach communities in Louisiana, Mississippi, Alabama and Florida are bracing for the oil’s arrival and waiting to see what the damage to their businesses and their natural resources will be. And in Washington, members of Congress, who just a couple of weeks ago were willing to compromise on off-shore drilling expansion are rallying against the practice.

As Sen. Joe Lieberman (I-CT) said this week, “accidents happen,” but in this case, it’s becoming clear that the oil industry and government regulators did not do all they could to minimize the risks of a spill.

Over the past week, reporters trying to describe the size of the spill have compared it to Jamaica or Puerto Rico. Public News Service talked to Steve Bousquet, Tallahassee bureau chief for the St. Petersburg Times, who saw the slick in flight.

It’s really a horrifying thing to see because of the magnitude of it,” Bousquet said. “They use these chemicals to break up the oil and it takes on a kind of rust-colored look to it. And we saw these long streaks, miles and miles long of oil, and just oil as far as the eye can see.”

The visual stretch of the spill hardly represents the scope of its impact, either. As Dr. Riki Ott, a Chelsea Green author, explained to CNN:

This is Louisiana sweet crude, and it’s got a lot of what’s called “light ends,” which evaporate very quickly into the air and also dissolve very readily into the water column. So what you see on the surface is like the tip of the iceberg… Imagine a big cumulus cloud of dissolved and dispersed oil under the slick, wherever it is. And that cloud is extremely toxic to everything in the water column — shellfish, eggs and embryos — so shrimp eggs and young life forms that are in the water column, young fish.”

According to Dr. Ott, the extent of the damage won’t be clear for a few years. Oyster fisherman, for instance, would usually be seeding oysters now, as the crops take two years to mature. That work needs to be done within the next few months to avoid economic losses two years in the future, but the precautionary measures shutting off access to waters east of the Mississippi are keeping that from happening.

It’s no accident that oil interests work under looser rules. As Lindsay Beyerstein reported last week for Working In These Times, BP wrote to the U.S. Minerals Management Service (MMS) saying that tighter regulation of the oil industry was unnecessary. MMS doesn’t have a stellar history of oversight, and if you’re not familiar with its sordid past, TPM’s Justin Elliott put together a tour through the agency’s history with sex and drugs.

The industry hasn’t just been selling snake oil to MMS, though. Oil companies have been greasing the palms of politicians with campaign donations for years. Democracy Now! spoke to Antonia Juhasz, author of The Tyranny of Oil, about the oil industry’s influence.

The entire oil industry, will continue to use its vast wealth – unequaled by any global industry – to escape regulation, restriction, oversight and enforcement,” Juhasz says. “BP, now the source of the last two great deadly US oil industry explosions, has shown us that this simply cannot be permitted.”

The new politics of climate

To see the oil industry’s influence in action, look no further than the ongoing work on the Senate’s climate legislation. Two weeks ago, before the spill, Sen. John Kerry (D-MA) announced that the oil industry would back the tri-partisan legislation that he was working on with Sen. Lieberman and Sen. Lindsey Graham (R-SC). Since then, Graham has stepped away from the bill, and off-shore drilling, a keystone of the negotiations over the legislation, has become much less politically palatable.

But this Wednesday, Kerry had nothing but nice things to say about the oil industry, as Kate Sheppard reports at Mother Jones.

While he acknowledged that “we can’t drill and burn our way out of danger,” Kerry also spoke highly of the oil companies backing the draft legislation, which was supposed to be released last week,” Sheppard writes. “BP, operator of the rig currently spewing hundreds of thousands of gallons of oil into the Gulf of Mexico, was expected to be among the supporters.”

Ironically we’ve been working very closely with some of these oil companies in the last months,” Kerry said. “I took them in good faith. They have worked hard with us to find a solution that meets all of our needs.”

Kerry still seems confident that the climate and energy bill will move forward, but, Steve Benen writes at the Washington Monthly, that’s things are far from certain.

The legislation was predicated on something of a grand bargain — the left would get cap-and-trade and investment in renewables; the right would get nuclear plants and offshore drilling,” Benen explains. “But in the wake of the catastrophe in the Gulf, there is no deal. Key Dems now insist drilling be taken off the table, while Republicans and Democratic industry allies (Louisiana’s Mary Landrieu, for example) now insist they won’t even consider a bill unless it includes plenty of drilling.”

While the White House is saying that the oil spill may spur interest in and support for clean energy legislation from Congress, that hasn’t happened yet. Congressional leaders might have to wait for the noise from the Hill to die down before they can re-start serious discussions about how to pass a climate bill. 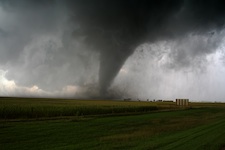