Yesterday nearly 100 world leaders accepted United Nations Secretary-General Ban Ki-moon’s invitation to participate in a historic summit in New York to help inspire much needed political will and strengthen momentum for forging a deal this December at COP15 in Copenhagen.

Following is a statement in summary of the event by the Secretary-General:

Summary by the  Secretary-General
22 September 2009

Climate change is a defining challenge of our time. Today’s Summit signals the determination of world leaders to address this challenge and reach a substantive deal in Copenhagen.

Many leaders spoke passionately and with grave concern of the devastating impacts of climate change their countries are already experiencing. All of you support the urgent need to step up action and raise the financial resources needed to make this happen.

The message from this Summit is clear — the Copenhagen deal must be comprehensive and ensure:

A climate -resilient, low-emissions future
Many leaders underlined that a climate change response should be placed in the broader context of sustainable development. They stressed the need to shift their economies onto a low-emissions paths and build climate- resilient societies. I heard a clear recognition that action on climate change can be consistent with developing country priorities for poverty eradication and sustainable development.

I heard broad support for setting a long-term goal to keep the global temperature increase to a safe level. Many referred to the need for a 2 degree limit while for the most vulnerable a safe level means staying below 1.5 degrees centigrade. World leaders acknowledged the scientific imperative to cut global greenhouse gas emissions by at least 50% below 1990 levels by 2050 to meet this goal.

At the UN Leadership Forum on Climate Change lunch, global business leaders committed to make the radical transformations needed to address climate change given regulatory certainty is provided by an international agreement.

You acknowledge that current adaptation efforts are inadequate. Adaptation must be given higher priority. Adaptation actions should create synergies with development priorities including food and water security and disaster risk reduction.

Many of you called for a significant increase in international funding for adaptation efforts, especially in least developed countries and small island developing states.

More ambitious action to reduce emissions
All of you expressed a willingness to contribute your fair share to reducing global emissions subject to the principle of common but differentiated responsibilities and respective capabilities.

Many developing countries already have ambitious national plans to implement energy efficiency, renewable energy and other policies on their own init iative.

Leaders of developing countries expressed a willingness to undertake additional mitigation actions with requisite international technology and financial support. A Copenhagen deal must find an efficient and effective way to implement such arrangements.

There is clear agreement that protection of forests must be part of a Copenhagen deal.

Leaders noted that emissions by international aviation and shipping are growing rapidly and must be addressed in a Copenhagen deal.

Significantly scaled-up financial and technological resources
Leaders recognize that finance is key to a Copenhagen deal. A substantial amount of finance will be needed to support adaptation and mitigation action in developing countries. These funds need to be new, predictable and additional to existing finance.

Many leaders called for a mechanism to ensure sustained streams of public funding at the required level. At the same time leaders acknowledged that private sources of finance also need to be tapped, including through the carbon markets.

Leaders noted that technology as well as capacity-building, are essential to address climate change. Only through significant advances in technology can the transformation to a climate-resilient, low-emissions future become a reality. I heard leaders call for a mechanism to ensure suitable technologies, both for mitigation and adaptation, are available to developing countries.

Developed country leaders stated they are ready to fast-track substantial funds in Copenhagen to developing countries for immediate adaptation action and for mitigation and adaptation planning.

Leaders also recognized the need for an equitable governance structure with balanced representation and respect for the priorities of developing countries.

Leaders recognise that international finance on the scale and pace required demands current institutional arrangements to be reformed to ensure transparency, efficient and effective disbursement.

Leaders want robust measurement, reporting and verification of the finance provided and the results achieved.

Reaching a deal in Copenhagen
I sensed a keen willingness by every leader to contribute to the successful conclusion of negotiations in Copenhagen. They also expressed readiness to commit their nations to reach an effective agreement that is fully subscribed to, and acted upon, by all.

Based on your recommendation, I intend to set up a High Level Panel after the Copenhagen Conference to advise on how to better integrate climate change adaptation and mitigation into development.

The UN system assists developing countries with implementation of the Copenhagen deal.

I was heartened to hear that a growing number of leaders are prepared to move beyond purely national perspectives to global leadership. You have undertaken to remain engaged until a deal has been sealed in Copenhagen. And you have agreed to give guidance to your negotiators to work toward an ambitious, effective and fair deal in Copenhagen.

Your words have been heard around the world. Let your actions now be seen. There is little time left. The opportunity and responsibility to avoid catastrophic climate change is in your hands. 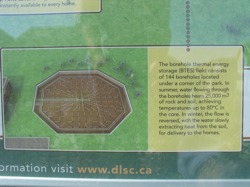