Farmers around the world have traditionally made use of the genetic diversity preserved in crop varieties to adapt to climate change. Unfortunately, their ability to do so is diminishing as multinational agricultural corporations, subsidized by developed world governments, seek ownership of crop varieties, exert greater control of world seed markets, and push a much more genetically limited range of seeds on farmers around the world, according to researchers presenting their findings on the opening day of the UN Food & Agriculture Organization’s World Seed Conference in Rome.

The diversity of traditional crop varieties around the world–many of them with valuable traits such as resistance to drought and pests– has been shrinking fast and may be lost forever, according to researchers from the International Institute for Environment & Development, who have been working with counterparts in various developing countries–China, India, Panama and Peru included, to document genetic diversity of crop varieties around the world.

“Where farming communities have been able to maintain their traditional varieties, they are already using them to cope with the impacts of climate change,” IIED research project leader Krystyna Swiderska said in a media release.

“But more commonly, these varieties are being replaced by a smaller range of ‘modern’ seeds that are heavily promoted by corporations and subsidized by governments. These seeds have less genetic diversity yet need more inputs such as pesticides and fertilizers and more natural resources such as land and water.”

Symptomatic of what some consider the one-sided, perverse nature of the free trade agreements that have come to dominate international trade negotiations in the past decade and more, UPOV–the international treaty for the protection of new varieties of plants–protects the intellectual property rights and commercial interests of large multinational corporations but not those of small, often poor, traditional farmers.

The issue has come to a head in Chile, where a national intellectual property law that prohibits the patenting of plant life is being threatened by a government push to bring domestic legislation and regulation into line with UPOV– the International Convention for the Protection of New Varieties of Plants (UPOV-1991).

Critics contend that the new law will grant ownership of plant varieties to multinational corporations and strangle the ability of small farmers to make use of existing and new varieties. Advocates of the new law claim that this isn’t the case, according to a Sept. 3 InterPress News report.

The Chilean government says that the changes will spur R&D into new varieties of plants that can boost agricultural and forest yields. They would also help attract foreign direct investment, the Bachelet administration says.

Organizations opposing the draft law say it has been written for the benefit of multinational seed companies at the expense of local, small and traditional farmers, and in order to follow through on the free trade agreement signed with the US.

“Western governments and the seed industry want to upgrade the UPOV Convention to provide stricter exclusive rights to commercial plant breeders,” IIED’s Swiderska says. “This will further undermine the rights of farmers and promote the loss of seed diversity that poor communities depend on for their resilience to changing climatic conditions.”

In order to ensure their viability, farmers need to be able continue conserving and adapting traditional varieties of crops and be assured they can freely save, use, exchange and sell the seeds they save, the researchers add. Genetic Use Restriction Technologies (GURTS)–a.k.a. “Terminator Technology”– seriously threaten genetic diversity and seed quality while also impairing the the livelihoods of poor farmers, the researchers add.

“The farming communities that have developed and sustained a rich diversity of seeds over millennia urgently need incentives to continue sustaining them,” asserts project researcher Ruchi Pant of Ecoserve in India.

“They need the same rights over their traditional seed varieties and associated knowledge as corporations have over modern varieties they develop and patent. The new seed laws being introduced in developing agrarian countries are posing a threat to the rights of small farmers to save, sow and exchange their traditional varieties.” 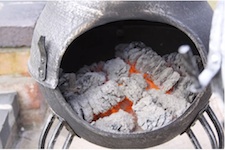