The charging stations will be used to recharge the City of San Francisco’s fleet of plug-in and electric car-share vehicles.

Mayor Gavin Newsom unveiled the charging stations in a press conference with Coulomb CEO Richard Lowenthal during which the Mayor announced the city’s ‘Green Vehicle Showcase.’ Both are part of the Bay Area’s regional electric vehicle initiative.

“Our goal is to transform the Bay Area into the EV Capital of the United States, and a networked infrastructure is essential for the adoption of electric vehicles,” Mayor Newsom said in a news release. “San Francisco is proud to be the first city to feature charging stations with technology to support our city’s clean electric fleet vehicles and car-share fleets.”

The Epicenter of the EV Movement

“Today’s announcement further demonstrates that the Bay Area is the epicenter of the electric vehicle movement,” said Richard Lowenthal, CEO of Coulomb Technologies. “A smart, networked infrastructure is an essential enabler of this movement and the City of San Francisco is leading by example. The success and adoption of electric vehicles will require progressive leadership by drivers, utilities, governments, and businesses. We commend and thank the City and Mayor Newsom for welcoming EV’s to the San Francisco Bay Area.”

The Smartlet recharging stations are networked as part of an overarching management systems infrastructure called the ‘Chargepoint Network.’

The system’s ‘Fleet Management Portal’ includes features such as summaries of the number. type, location and status of vehicles being charged and vehicles due or overdue for charging, as well as interactive charts showing gasoline savings and the amount of greenhouse gas emissions avoided. A smartphone text messaging feature alerts electric vehicle drivers when their vehicles need charging, when they are fully charged and when charging is interrupted.

“2009 is the year of the emergence of smart electric vehicle charging infrastructure,” Lowenthal commented.

Electric vehicle owners who subscribe to the ChargePoint Network receive a smart card that allows them to charge their vehicles at any SmartLet Charging Station. Subscribers can locate charging stations by visiting www.chargepoint.net and clicking on ‘Find Stations’. 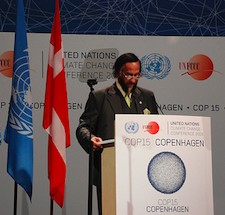 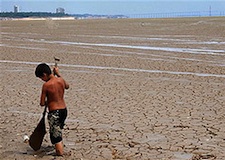