It may seem like this blog has been like a yo-yo on the end of a string lately regarding progress on climate change at the G8 summit; down, up, and now…

Well, I think things at the G8 Summit this past week went as well as could realistically be expected. If German Chancellor Angela Merkel expected too much more from Bush than vague talk of long-term goals than I fear she is simply overly optimistic.

Nonetheless, Bush has appeared to budge, if only just a little bit, on the issue of global warming. While he remains entirely non-committal on actually doing anything, he will find it hard to back down from his rhetoric of the past week. Hey, it isn’t much, but with George Bush, we’ll take whatever we can get. He’ll be out of office in 2009 and then perhaps the United States can start to get serious about climate change.

Of course, to listen to George Bush, his administration has led the world in research, despite news earlier this week of drastic cuts on satellite-based climate monitoring and the ongoing controversy surrounding the suppression of scientific reports.

Take for instance, the claim, made by Bush and media outlets such as Investors Business Daily, that the United States has actually reduced carbon emissions, unlike the rest of the world that continues to increase theirs.

The reduction is actually a distorted “carbon intensity” measure claiming a “reduction per unit of gross domestic product”. In reality, the gross carbon emission into the atmosphere continues to increase. The environment is not concerned with Bush’s manipulation of data to make it appear is if there is really a reduction in carbon emissions, it still must absorb an increasing amount of carbon every year.

Relying on thinly-veiled ploys to make something appear different than it actually is confuses the issue and does not instill trust in the motives of those that use such tactics.

While it is easy to be pessimistic, one can hope that the tide is truly turning, as stated in a press release by the Natural Resources Defense Council, a “Do-Nothing Plan No Longer Viable”. 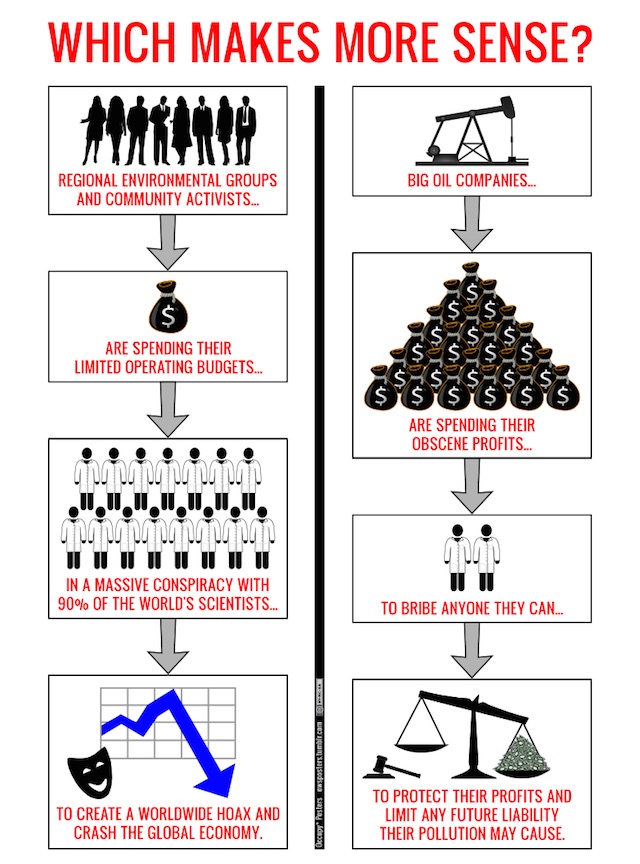