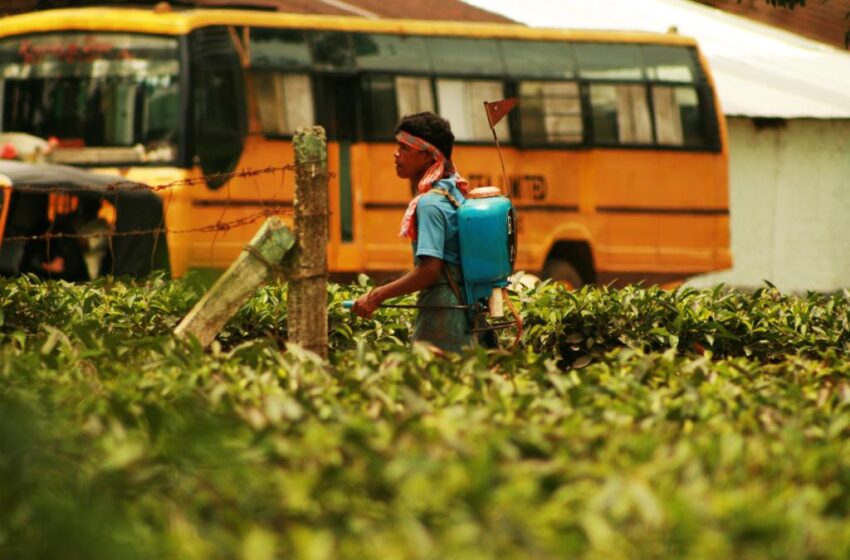 Pesticides disproportionately affect low-income communities and communities of color. Over 700,000 farmworkers in California, mainly people of color, live and work in areas barraged by toxic chemicals. They experience more acute pesticide poisoning cases than any other part of California’s population.

Take glyphosate as an example. Commonly called Roundup, glyphosate is the most widely used herbicide in the U.S. The World Health Organization classifies it as a probable carcinogen, and California’s Proposition 65 list classified it as a probable human carcinogen. A 2015 report found that half of the glyphosate sprayed in California occurs in eight of the poorest counties (Tulare, Fresno, Merced, Del Norte, Madera, Lake, Imperial, and Kern counties). They are counties with large populations of farmworkers, and 53 percent of the residents in these eight counties identified as Hispanic or Latinx, compared to 38 percent in the state.

Pesticides form compounds that add to poor air quality. California’s San Joaquin Valley has one of the worst air basins in the U.S. The Valley areas of Fresno-Madera, Visalia, Bakersfield, and Modesto-Merced rank in the top five for the worst ozone pollution and fine particle pollution according to the American Lung Association. Bakersfield ranks number one for year-round particle pollution, with Fresno-Madera and Visalia ranking numbers two and three, respectively. Five of the counties looked at in the report on glyphosate are in the San Joaquin Valley.

The health effects of pesticide exposure

All that exposure to pesticides affects health as studies show. Researchers looked at birth and demographic characteristics for over 500,000 births between 1997 to 2001 in the San Joaquin Valley. What they discovered is that agriculture exposure increased adverse birth outcomes by five to nine percent among the population exposed to high levels of pesticides. A study published in 2018 linked exposure to environmental pollutants and diabetes.

Another study of California’s Salinas Valley, an agricultural region frequently referred to as the salad bowl of the world, looked at the effects of pesticides on childhood development. Called the Center for the Health Assessment of Mothers and Children of Salinas (CHAMACOS) Study, it is the longest-running study of pesticides and other environmental toxins among children in a farmworker community. The study started in 1999 with pregnant women living in the Salinas Valley.

Pesticide exposure can affect the brains of children. Researchers looked at the brain images of 95 teenagers participating in the CHAMACOS study to see how exposure to organophosphates in the womb affects children. What they found is that the teenagers had altered brain activity while performing tasks requiring executive control. In another study, researchers studied teenagers exposed to high levels of pesticides and found an increased risk of depression. Since 2008, they have tracked the development of 529 children living near agriculture in Ecuadorian Andes between 11 and 17 years old.

As essential workers, farmworkers and their families face an elevated risk from COVID-19. There is something you can do. Sign the petition asking Congress to require the U.S. Environmental Protection Agency to examine the link between pesticide exposure and COVID-19 and protect people at the greatest risk to contract the virus.

Record heat kills at least 25 people and devastates India's wheat crop--on top of supply disruption in the wake of Putin's war in Ukraine.

‘We are living in hell’: Pakistan and India suffer extreme spring heatwaves https://bit.ly/3KJMx9Q

We need a new social contract to nurture people, planet and peace https://tmsnrt.rs/3KzJIby

The current standard of 70 parts per billion remains in place for now, an upset for environmentalists
EPA staff backs status quo on ozone limits in blow to enviros https://bit.ly/3kvzazF

New Mexico wildfire is currently the largest fire in the US
Firefighters battling New Mexico blaze brace for wind https://bit.ly/3F7xyp2