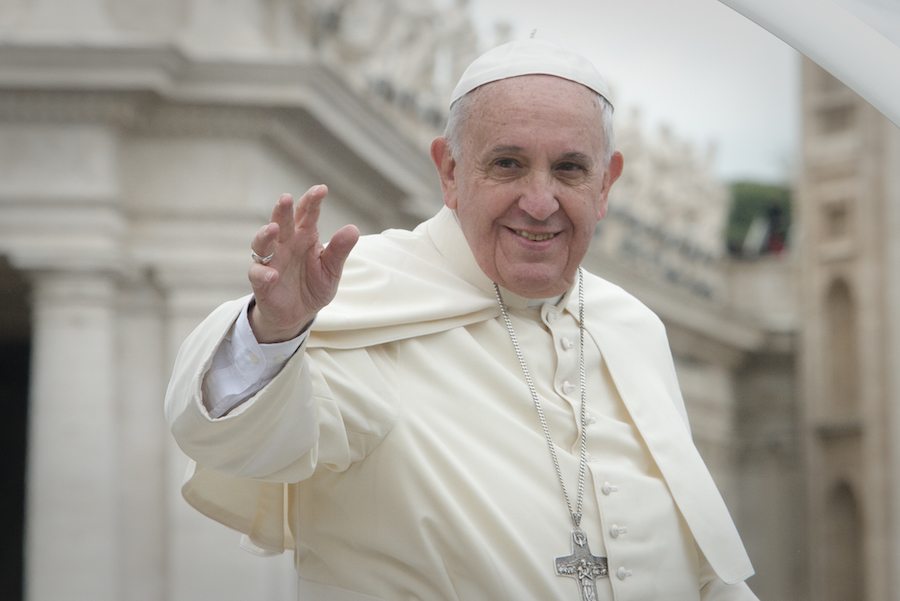 At a time when the influence of institutional religion is waning in many part of the world, Pope Francis remains one of the most trusted and popular people on Earth. Leader of an estimated 1.2 billion Catholics across the world, Francis has put the weight of his authority squarely behind a global call to action to stop what he calls “the ecological crisis” we all now face.

Typically, a Papal Encyclical issued by the Pope is a top-level teaching document addressed to Catholics. In recent decades encyclicals have been addressed to “all people of goodwill,” and Francis’ latest Laudato Si (Blessed Be) is one such document.

“This encyclical is aimed at everyone” the Pope said before the Encyclical’s release. “Let us pray that everyone can receive its message and grow in responsibility toward the common home that God has entrusted to us.”

Pope Francis consulted for months with a range of leading experts on environmental and climate issues, many from the Pontifical Academy of Sciences which includes 80 of the world’s top scientists from 36 countries. Members of the Academy have won 48 Nobel Prizes to date. In the past several years, the Academy has commissioned extensive research on climate and sustainability, among them Fate of Mountain Glaciers in the Anthropocene in 2011, Sustainable Humanity, Sustainable Nature: Our Responsibility in 2014 and Climate Change and the Common Good in 2015.

The Pontiff himself studied chemistry, holding a “título” in chemistry, he worked for a time as a chemist before entering the seminary. The term “titulo” refers to a “secondary” degree but is not the level of a Masters degree widely reported in the press earlier this month. Not that it matters that much, since his job as a moral leader is to interpret into moral and ethical terms what the research from expert scientists reveal.

One of the leading scientific experts consulting with Pope Francis is Hans Joachim Schellnhuber, founder and head of the Potsdam Institute for Climate Impact Research and chief environmental advisor to German Chancellor Angela Merkel.

Raised as a Lutheran in a small German town, Schellnhuber praised Pope Francis’ desire to reach beyond his Catholic followers. In an interview with the New York Times, Schellnhuber spoke of the “hard lesson” scientists have learned as they’ve worked to communicate the “facts and data” about global warming. The current climate change narrative has “not been enough to move the public to action,” Schellnhuber said. These issues “have become so serious that only a broad moral awakening can offer hope of solving them.”

“We have pushed the planet into a major environmental crisis, so creation is at stake,” Dr. Schellnhuber said.

For the most part, Pope Francis aligned himself with the scientific consensus that recent global warming is caused by human activity, principally from burning fossil fuels and deforestation. He maintained that natural causes, such as volcanoes and solar irradiation have had some impact on recent climate change, attributing “most” global warming from human activity.

To this point some climatologists take issue. Michael Mann, a leading climate scientists and researcher from Pennsylvania State University, said that solar changes and volcanoes have actually “counteracted” global warming.

“Human activity is most likely responsible not just for ‘most global warming’ but all of it,” said Dr. Mann. “And then some, because natural factors have been acting slightly in the other direction.”

But in all, Pope Francis laid a meticulous scientific framework for his moral call to stem the destruction of the planet, urging all people, in particular the world’s most privileged, to reconsider their relationship with nature.

Among the encyclical’s key points:

Undoubtedly, the Pope’s Encyclical makes many conservatives in the U.S., Catholic and non-Catholic alike, uncomfortable. Taking the moral high ground from one of the most popular spiritual leaders on the planet will prove difficult. As it should.

Moral leadership on climate change and environmental stewardship from all faith traditions is sorely needed.

Read the full Encyclical On Care for our Common Home 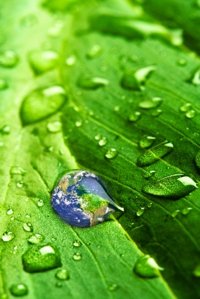