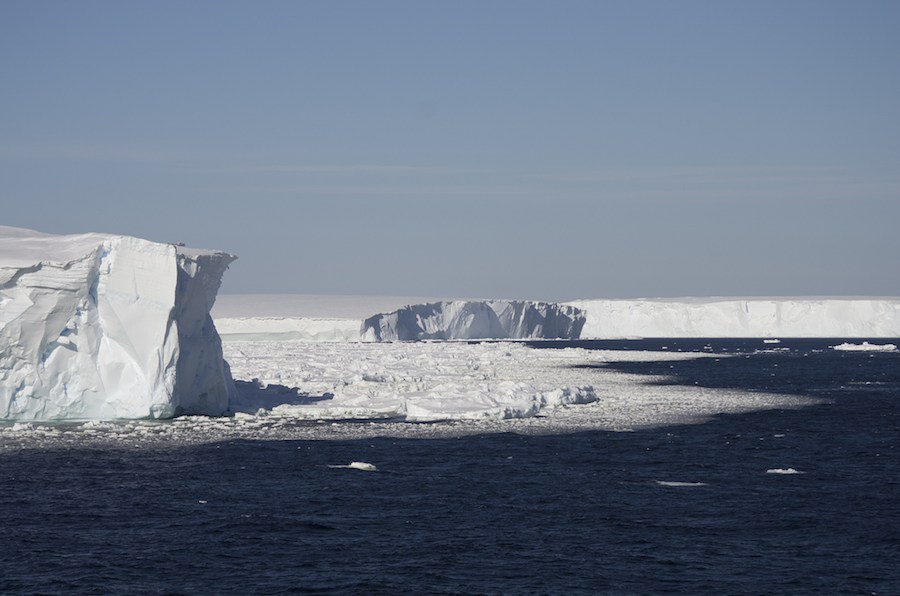 Bad news for Antarctic ice, but not particularly surprising to scientists Several news headlines this week have heralded the “unstoppable” decline of a major portion of the West Antarctica ice sheet in the Amundsen Sea, eventually disappearing in as little as two centuries. Projections for the complete collapse of the West Antarctic ice sheet range from two hundred to nearly nine hundred years, but what is clear is that ice melt in this region of the southern pole is happening quicker than expected. Scientists may have underestimated the speed of the glacial decline revealed in new NASA research studies, but the vulnerability of the ice has been understood for decades.

The harsh and remote region of Antarctica kept investigative scientific research at bay until the 1950’s. Soon after the verdict was in on the West Antarctic Ice Sheet. In 1968 glaciologist John Mercer summed it up in one word: “unstable.”

More specifically Mercer said that the “defining characteristic” of the West Antarctic ice sheet is that it is grounded  below sea level on the seabed floor, making it a “uniquely vulnerable and unstable body of ice.”

And it’s only become more so since then.

Why the West Antarctic ice sheet is vulnerable

With the ice sheet grounded below sea level, ocean currents bring relatively warm water to the “grounding lines” of glaciers in the Amundsen Sea, where the ice attaches to the seabed. This warm water eats away at the ice, pushing the grounding line further inland and diminishing the mass of the ice sheet.

This loss of mass prevents these seabed-anchored glaciers from holding back inland glaciers in their relentless march to the sea. This, combined with the peculiarities of the geologic features, particularly the precipitous downward slope of the land without any hills or mountains to brake the advancing ice, makes the region particularly vulnerable to what scientists have suspected. The new research confirms this vulnerability and portends an “unstoppable” chain reaction of diminishing ice. It’s a feature of a fundamental natural cycle, but human influences appear to be accelerating the process.

The NASA study released on Monday confirms previous research of the natural vulnerability of the ice shelf in Amundsen Sea region. Scientists also point out that global climate change from human activity and the hole in the ozone layer over Antarctica has changed wind patterns and warmed the water eating away at the grounding lines, hastening the first step in the unabating chain reaction, past what glaciologist and lead researcher Eric Rignot says is the “point of no return.”

“The system (becomes) a chain reaction that is unstoppable, (with) every process of retreat feeding the next one,” says Rignot

The rate of ice loss in the region has accelerated 77 percent since 1973.

“It’s bad news. It’s a game changer,” said Ted Scambos of the National Snow and Ice Data Center. “We thought we had a while to wait and see. We’ve started down a process that we always said was the biggest worry and biggest risk from West Antarctica.”

Nonetheless, using the word “collapse” puts in mind a sudden disappearance of ice. Even the current worst-case scenario puts the total disappearance of the ice in the region two hundred years hence, maybe even nearly one thousand years. Why worry about something so far into the future?

Pennsylvania State University Geoscience professor  Sridhar Anandakrishnan cautions that even the apparently slow decline of ice in West Antarctica can have significant impact this century. The Intergovernmental Panel on Climate Change (IPCC) has generally been a bit gun-shy on projecting sea level rise, particularly wary of predicting changes in sea level caused by ice melt in Antarctica.

Current projections from the latest IPCC climate report estimate sea levels could rise from 1 to 3 feet by the end of the 21st century. Even assuming the low-end of that estimate could displace tens of millions of people along coastal areas around the globe.

“So as this paper and others come out, the (U.N.) numbers for 2100 will almost certainly lean closer to 3 feet'” Anandakrishnan said. He also added that melting in the Amundsen Sea could destabilize other ice sheets in West Antarctica, which, according to NASA, contains in total enough ice to add 16 feet to global sea levels.