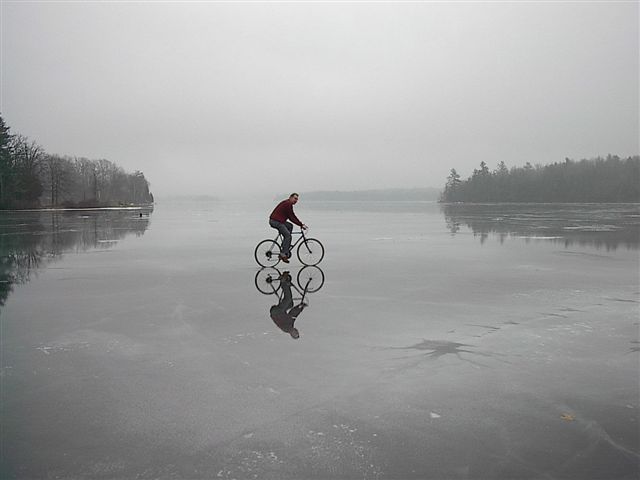 Climate change is causing unprecedented changes in the Earth’s regions of snow and ice, portents of profound, dramatic change for ecosystems and societies around the world, according to a joint report released by The World Bank and The International Cryosphere Climate Initiative (ICCI) November 4.

The Earth’s cryosphere is warming more rapidly than anticipated – “at a pace unprecedentd in the historic record.” Rather than abating, in most cases warming and melting is accelerating, posing ecosystems and societies around the world with a variety of fundamental threats, including an increasing frequency of droughts and floods, and dramatic shifts in water, food and energy resource availability, according to “On Thin Ice: How Cutting Pollution Can Slow Warming and Save Lives.”

The Earth’s cryosphere: “On Thin Ice”

Stabilizing and preserving the cryosphere merits inclusion as a global imperative, the report authors stress. Leadership – in the form of explicit and sustained guidance, direction, support and incentives – is needed across markets, industries, the government, private and public sectors if there is any chance of this objective being realized, however.

In “On Thin Ice,” the World Bank and ICCI report authors lay out 14 practical measures that if enacted by 2030 could drastically reduce short-lived carbon pollutants (SLCPs) – primarily black carbon and methane – and stabilize conditions in the world’s threatened snow and ice-bound regions. Doing so, they assert, would bring “multiple health, crop, and ecosystems benefits and decrease risks to development from water resource changes, including flooding and other major impacts or climate feedbacks we may not foresee today.”

The effects of climate change are being seen and felt disproportionately in the Earth’s cryosphere, whether it’s Arctic sea ice, Antarctic ice shelves, the Greenland ice sheet, the Alaskan coast or the freshwater glaciers of the Andes, Rockies and Himalayas. Moreover, “rapid changes in the cryosphere observed during the first decade of this century are continuing or accelerating,” according to the report.

“Warming in the cryosphere poses serious threats to disaster preparedness, to water resources in some heavily populated regions, and to adaptation and ecosystems preservation. Intensified monitoring in cryosphere regions is needed to provide better and earlier warning of changes.”

Ongoing warming “has the potential to trigger disastrous feedback mechanisms from the cryosphere into the global climate systems,” the report authors continue, including “loss of albedo from sea ice and snow cover and loss of permafrost leading to greater carbon fluxes into the atmosphere (particularly where emissions occur as methane.”

Methane emissions from thawing permafrost alone could increase atmospheric carbon “as much as 5-30% by the end of this century if current cryosphere warming is not slowed,” they warn.

As stated in the report’s executive summary,

“Accelerating actions to decrease short-lived pollutants from key sectors can make a real difference by slowing these dangerous changes and risks to development while improving public health and food security.”

Rapidly scaling up just four cleaner cooking solutions alone could save as many as 1 million human lives a year. Reducing diesel emissions in transportation can prevent 340,000 deaths Achieving a 50% reduction in open field and forest burning could avoid 190,000 deaths from air pollution, according to the report.

There’s no time to waste, they emphasize. “With projections of large cryosphere impacts such as Arctic sea ice loss occurring by mid-century, speed is of the essence in addressing and operationalizing these cryosphere and development challenges.”

Of potentially profound significance for coastal regions and populations, “rates of sea-level rise might be significantly slowed by 2050, with a potential near-leveling-off in rates before the end of the century if SLCP measures are combined with CO2 emissions held to 450ppm.

“This decrease in sea-level rise could range from 10 cm to half a meter or more. Perhaps more important, temperature reductions in polar regions from these measures would help minimize the risk of essentially irreversible ice sheet loss or disintegration in West Antarctica and Greenland, which could ultimately raise ocean levels by several decimeters by 2100—and by many meters over a period of centuries or millennia.”