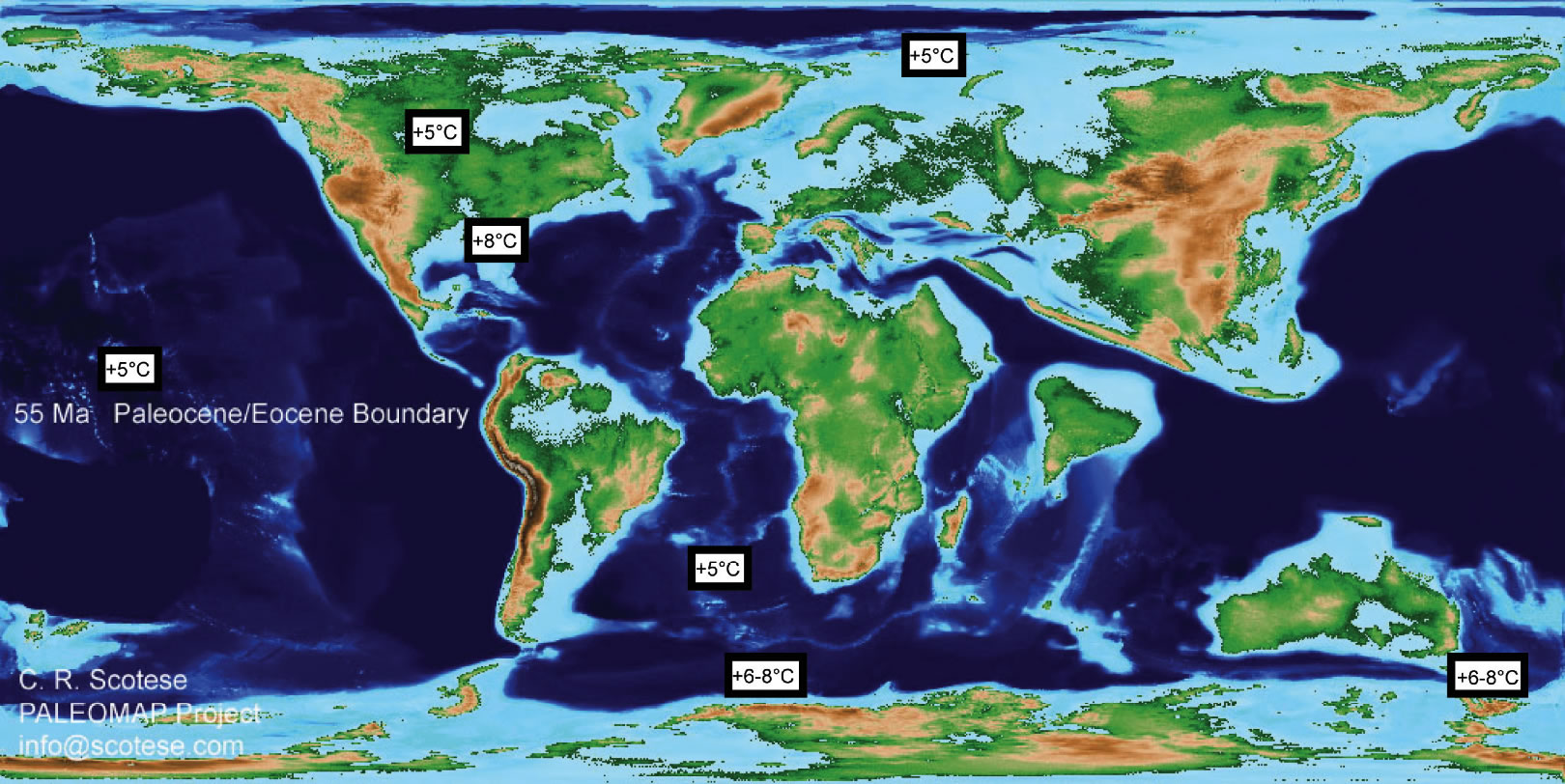 New research into past changes in climate indicates that global warming can take place much more suddenly than previously thought – over the course of only about 13 years. Temperatures at high latitudes rose as much as 8ºC (14ºF) and oceans warmed from surface to bottom some 55 million years ago during what’s known as the Paleocene-Eocene Thermal Maximum (PETM).

The rapid rise in global temperature caused massive disruptions and changed climate conditions, weather patterns, the distribution of plant and animal species, and ecology the world over. Driving it all was a massive increase in the amount of CO2 released into the atmosphere. The massive, abrupt injection of CO2 into the atmosphere, in turn, was driven by intense volcanic activity on the seafloor, which also drove a further separation of the American and Eurasian tectonic plates and the widening of the North Atlantic Ocean basin.

The scientific consensus was that a massive release of CO2 into the atmosphere over a period of some 10,000 years drove the PETM temperature rise. Research conducted by two Rutgers University geologists indicates that a doubling of atmospheric CO2 during the PETM occurred in a geologic instant, over a mere 13 years, driving a global temperature rise of 5ºC (9ºF), however, according to a Phys.org report.

Studying drilling core samples from an area of southern New Jersey that was covered by a warm sea during the PETM, Rutgers’ geologists Morgan Schaller and James Wright discovered an alternating, cyclic pattern of dark clay bands about 2 centimeters thick rich in organic material. Analyzing the clay bands, the pair of researchers found changes in ratios of heavier carbon-13 and lighter carbon-12 isotopes.

The 20% drop in atmospheric carbon-13 concentration they measured in the core samples can “plausibly account” for their observations is “a large, instantaneous release of C-13-depleted carbon,” associated with intense volcanic activity, according to their report, “Evidence for a rapid release of carbon at the Paleocene-Eocene thermal maximum,” in the current issue of the Proceedings of the National Academy of Sciences.

“Scientists have been using this event from 55 million years ago to build models about what’s going on now,” Schaller was quoted as saying. “But they’ve been assuming it took something like 10,000 years to release that carbon, which we’ve shown is not the case. We now have a very precise record through the carbon release that can be used to fix those models.”

The research pair estimates the intense marine volcanic activity some 55 million years ago caused some 3,000 gigatons of carbon to be released into the atmosphere from hydrocarbon-rich, organic mudstone, and methane hydrate deposits on the seafloor of the continental margins.

In addition to forcing rapid warming, this led to an abrupt rise in the acidity of the oceans, which, in turn, led to mass extinctions of the phytoplankton that not only form the base of the marine food chain, but produce as much as half the oxygen in the atmosphere and absorb as much as half the total atmospheric CO2 sequestered as part of the carbon cycle. Similarly drastic changes have been found in terrestrial flora and fauna.

Though nowhere near the same order of magnitude, human CO2 emissions are causing similarly profound and abrupt climate and ecological change today. “We’ve shown unequivocally what happens when CO2 increases dramatically – as it is now, and as it did 55 million years ago,” Wright was quoted.

“The oceans become acidic and the world warms up dramatically. Our current carbon release has been going on for about 150 years, and because the rate is relatively slow, about half the CO2 has been absorbed by the oceans and forests, causing some popular confusion about the warming effects of CO2. But 55 million years ago, a much larger amount of carbon was all released nearly instantaneously, so the effects are much clearer.” 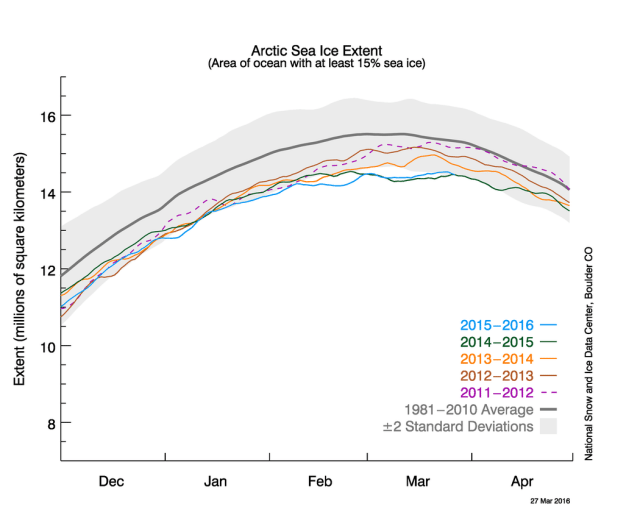