A rapid decline for Arctic sea ice extent briefly hit daily record lows in June, led by extensive ice loss in the Bering, Kara, and Beaufort Seas, as well as Hudson and Baffin Bay. Snow extent was unusually low for both May and June, reinforcing the continuing pattern of rapid spring snow melt of the past six years.

Ice loss was particularly extensive in the Kara and Beaufort Sea, with ice loss in the Hudson and Baffin Bays also contributing to a retreating June ice extent not typically expected until July 21 based on 1970-2000 averages. Total ice loss for June was 1.10 million square miles, the largest June ice loss in the satellite record, continuing the particularly rapid ice loss in May.

Sea ice extent for June 2012 was second lowest on record, behind June 2010. The linear rate of decline of sea ice extent for the month of June measured in the satellite record through 2012 stand at 3.7 percent per decade.

Though weather patters over the Arctic varied considerably, unusually warm conditions prevailed. Temperatures at  the “925 hPa level” (about 3000 feet above the ocean surface) averaged 1.8 to 7.2 degrees Fahrenheit (1 to 4 degrees Celsius) above the 1981-2000 norm. Near southern Baffin Bay and over Eurasia temperatures were recorded as high as 12.6 to 16.2 degrees F above the ’81-2000 average. 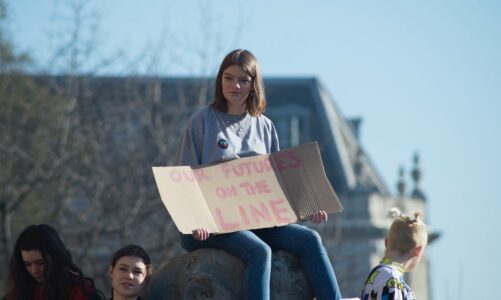