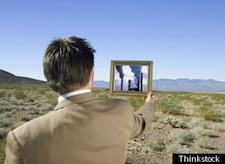 Overall, deniers tend to be conservative white males over 50, and while friends of the environment tend to be much more diverse, they tend to be younger and more educated. Those who support efforts to combat climate change are students, scientists, and professionals, climate change deniers are personified by groups like the Tea Party.

Those involved in the environmental movement are likely to be white collar professionals with at least a college education. These people tend to have a reverence for the outdoors, nature and its diversity. Living in harmony with the planet is an organic offshoot of respect for the natural world. These people see the value of a closed cycle of use, they see the value of products made from reclaimed, recycled, or sustainably produced materials. By contrast, deniers tend to be more self-centered, cynical and materialistic.

As the environmental culture permeates all walks of life, it becomes nearly impossible to find and define a “green” demographic. The once small cluster of “environmentalists” is now part of a larger population, spilling over into a wide range of age groups as well as educational and socioeconomic levels. Dedicated environmentalists are highly informed and have a wide range of concerns that encompass greenhouse effects, global warming, disappearing rain forests, sustainability, renewable energy, air and water pollution, and much more.

To help understand the types of organizations and individuals who support the environment, consider those who were involved with the September 26 action against the Tar Sands and Keystone XL pipeline in Ottawa, Canada. Although there was the predictable involvement of environmental groups, there were also a number of other supporters like the Physicians for Global Survival (PGS), Canadian Unitarians for Social Justice (CUSJ), National Union of Public and General Employees (NUPGE), Science for Peace, Voice of Women, as well as widespread involvement of the First Nations people. It is organizations like the United Nations who support efforts to combat climate change while oil industry barons like the Koch brothers support America’s addiction to oil.

According to a U.S. study of sex, skin color and political ideology, climate change deniers tend to be white male conservatives. This is the finding of a new study published in the July, 2011 in an issue of the Journal of Global Environmental Change.

Despite the fact that 97 percent of scientists acknowledge anthropogenic global warming, almost one third of conservative white males (29.6 percent) said they believed that the effects of global warming will never happen. Only 7.4 percent of all other U.S. adults agreed with that view.

Although the views of conservative white males are at odds with the science, they tend to believe they have a stronger understanding of global warming than other adults. The greater they believe their own understanding to be, the more likely they were to be strong deniers. “This, of course, seems an untenable self-assessment,” the authors write, “given that conservative white males are more likely than are other adults to reject the current scientific consensus.”

Deniers remain convinced, even though they have been repeatedly proven wrong. For example, deniers challenged the BBC’s coverage of the science of climate change, but were undeterred even after a major review of its science coverage vindicated the UK based news source.

There is a widening Republican-Democratic gap on climate change. Rather than rely on the scientific evidence, deniers disparage science and are partisan and ideological.

Clive Hamilton, the author of a book titled Requiem for a Species: Why We Resist the Truth About Climate Change said US climate denial “has now become a marker of cultural identity in the ‘angry’ parts of the United States…Climate denial has been incorporated in the broader movement of right-wing populism,” he said, a movement that has “a visceral loathing of environmentalism.”

On the question of whether they believed the effects of global warming were already happening or not, the percentage of self-identified Republicans or conservatives answering “yes” plummeted from almost 50 percent in 2007-2008 to 30 percent or less in 2010, while liberals and Democrats remained at 70 percent or more, according to the study in this spring’s Sociological Quarterly. A similar left-right gap was found by A Pew Research Center poll last October, entitled Global Warming: Why Americans Are In Denial.

Those who see the importance of the environment and are concerned about the future of the planet include people like former U.S. Senate Majority Leader and world diplomat George Mitchell. Mitchell recently said he’s confident “reason and logic” will ultimately “prevail.”

“We’ve all seen environmental protection used as a scapegoat for whatever society’s problems are, but it will not last,” he said during his keynote address. “I believe this anti-science movement will fade away over time. Remember, it took a long time for people to realize the world is not flat.”

Mitchell argued that the public should resist the “false choice” between environmental protection and economic development, saying the economic benefits to society realized by Environmental Protection Agency regulations far exceed the costs to implement them.

As James Powell explains in his book The Inquisition of Climate Science, “The American people … should remember that science denial is not free. History teaches us that it can bear a heavy cost in dollars and in human lives.”

In May 2011 the US National Academy of Sciences declared that “Climate change is occurring, is very likely caused by human activities, and poses significant risks for a broad range of human and natural systems. Each additional ton of greenhouse gases emitted commits us to further change and greater risks…. The environmental, economic, and humanitarian risks of climate change indicate a pressing need for substantial action to limit the magnitude of climate change and to prepare to adapt to its impacts.” One hundred other national and international scientific organizations agree with the NAS and none dissented.  As one scientist put it, “There’s a better scientific consensus on this than on any issue I know—except maybe Newton’s second law of dynamics.”

However, the U.S. House of Representatives continues to dispute the science. In April, all but one Republican in the House voted against an amendment that states the “Congress accepts the scientific findings of the Environmental Protection Agency that climate change is occurring, is caused largely by human activities, and poses significant risks for public health and welfare.”

Climate denial is a core element of the platforms of Republicans.  Former Sen. Rick Santorum (R-PA) accused liberals of creating “a beautifully concocted scheme because they know the earth is going to cool and warm.” Rep. Ron Paul (R-TX) denounced climate change as “the greatest hoax in many, many years if not hundreds of years.” Newt Gingrich, said that climate change is just “the newest excuse to take control of lives” by “left-wing intellectuals.”

On the floor of the House in 2009, Bachman denied that CO2 posed a threat because “Carbon dioxide is a natural byproduct of nature.” The one-woman thesaurus calls global warming, “voodoo, nonsense, hokum, a hoax.”

In August 2011, even though Texas was experiencing the worst heat and drought in the state’s history, Gov. Rick Perry told a New Hampshire crowd that “a substantial number of scientists have manipulated data so that they will have dollars rolling in to their projects.” Perry added, “We’re seeing weekly, or even daily, scientists who are coming forward and questioning the original idea that man-made global warming is what’s causing the climate to change. Yes, our climates change. They’ve been changing ever since the earth was formed.” This from a man who believes that the Earth was formed only a few thousand years ago.

As reviewed in a Climate Progress interview with James Powell, the author of The Inquisition of Climate Science , the “debate” about global warming has been hijacked by denialists who rely on demagoguery rather than science. As stated in the interview, deniers repeat claims long after scientists have shown them to be false and make assertions without presenting any evidence to back them up.  They have no scientific findings that falsify global warming.

Conservatives like Sarah Palin dismiss global warming as fiction. Presidential hopefuls Michele Bachmann, a U.S. Congresswoman from Minnesota, and Texas Gov. Rick Perry have derided climate change science.  If America elects a Republican like Perry, it will delay serious action to reduce carbon emissions until the 2020s, which is likely too late to avoid the tipping point of runaway global warming.

Deniers have no respect for science, in fact they do everything in their power to distance themselves from science. This is not merely a matter of political convictions, the confusion of deniers is a threat to us all. “The desire to disbelieve deepens as the scale of the threat grows,” concludes economist-ethicist Clive Hamilton.

Deniers are angry and irrational, their vitriol is ratcheted up in the face of the facts. Their resistance to common sense can be compared to the kind of evil evident at the Salem witchcraft trials, McCarthyism and other periods of mass hysteria, where reason is eclipsed by rabid convictions. For deniers, their beliefs take precedence over reality.

As Hamilton said, “Eventually it’ll become damned clear that the Earth is warming and the warming is beyond anything we have experienced in millions of years, and people will have to admit…”

Climate change deniers are the chief impediment to progress and history will record that their resistance had deadly implications for the economy, the planet, and people. 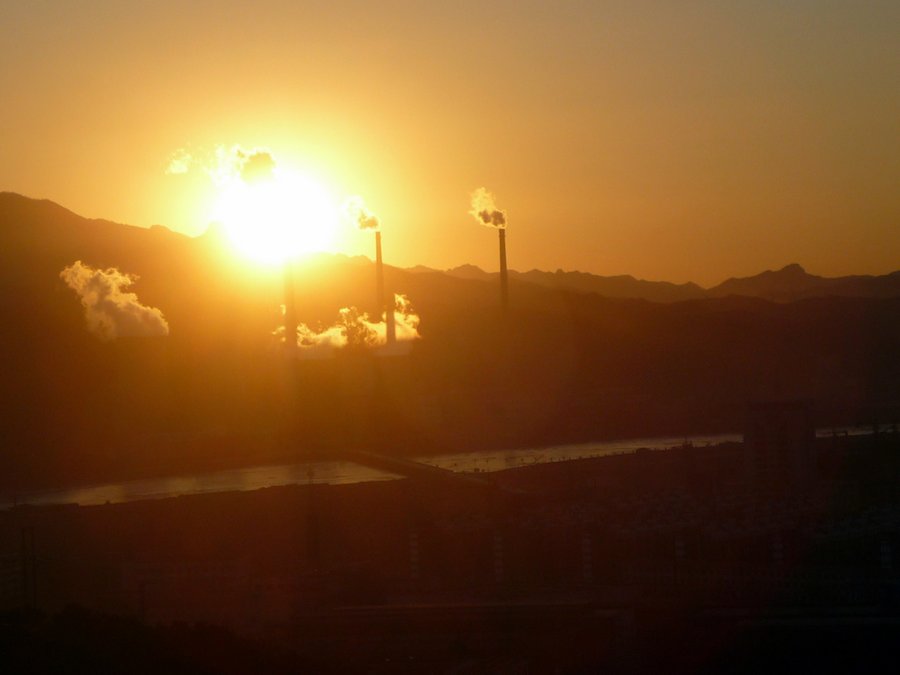 2 thoughts on “Who Are Climate Change Deniers and who are Friends of the Earth?”