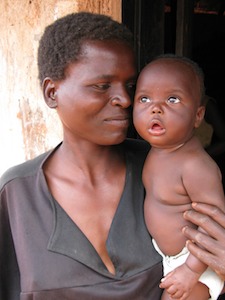 The short answer is yes. President Obama is much more interested in family planning around the world than his predecessor ever was. One of Obama’s first acts upon assuming office in 2009 was the restoration of funding for the United Nations Population Fund (UNFPA).

George W. Bush had withheld some $244 million in aid to the UNFPA over the previous seven years. UNFPA works with developing countries around the world to “reduce poverty and to ensure that every pregnancy is wanted, every birth is safe, every young person is free of HIV/AIDS, and every girl and woman is treated with dignity and respect.”

Along with restoring UNFPA funding, Obama also overturned the so-called “Global Gag Rule” that prohibited groups funded by the U.S. Agency in International Development (USAID) from using any government or non-government funds for “providing advice, counseling or information regarding abortion, or lobbying a foreign government to legalize or make abortion available.” Foreign nonprofits were already not allowed to use U.S. funds to pay for abortions, but the Global Gag Rule—first instituted as the ‘Mexico City Policy’ in 1984 by the Reagan White House, then overturned by Clinton and later reinstated by George W. Bush—went further by restricting the free speech rights of government grantees and stifling public debate on the contentious topic. Foreign NGOs that accept U.S. funding still cannot perform abortions, but can discuss the options openly with the families they serve.

“For too long, international family planning assistance has been used as a political wedge issue, the subject of a back and forth debate that has served only to divide us,” said Barack Obama upon overturning the policy as one of his first acts in office. “It is time that we end the politicization of this issue.”

Of course, advocates for increased family planning are pressuring the Obama administration to step up its efforts aboard even more. The Institute of Medicine, one of four government-affiliated nonprofit “academies” of experts, recommended last spring that the U.S. increase its spending on global health by some 50 percent over the $63 billion pledged by the Obama White House over the next six years.

Groups providing family planning services domestically would also like to see the Obama administration step up funding for their programs, not only to improve the quality of life for American families but to save money and reduce abortions as well: A 2009 report by the nonprofit Guttmacher Institute concluded that publicly funded family planning services at both hospitals and non-profit clinics saves taxpayers $4 for every $1 spent by preventing nearly two million pregnancies and 810,000 abortions per year.