Republicans have undermined climate and energy legislation, but more modest provisions focused on accountability and a proactive approach to oil spills still have a good chance of being passed into law this summer.

On July 23 2010, Senate majority leader Harry Reid acknowledged that due to Republican opposition, Democrats would not be able to secure the required number of votes to pass the energy and climate bill before recess. This means the Senate will not be able to tackle the climate bill until September at the earliest. Congress could still employ a variety of measures including supplemental appropriations, jobs packages and a scaled back energy bill.

The far reaching impacts of the Gulf of Mexico oil disaster will be felt for decades. Entire ecosystems have been disrupted and the fishing and tourism industries have collapsed.
Even as we continue to suffer the ill effects of the temporarily capped oil spill in the Gulf, Republicans remain resistant to comprehensive energy legislation that includes provisions for climate change.

Democrats were forced to drop efforts to include climate change measures in the bill due to Republican resistance. There is not a single Republican Senator that supports comprehensive energy and climate change legislation. While Republican obstructionism has domestic implications, it could also negatively affect the ongoing international climate talks towards extending the greenhouse gas-capping Kyoto Protocol.

Republicans are not only opposed to bipartisanship, they are opposed to efforts to combat climate change and reduce American oil consumption. The US imported more than 60 percent of its oil in 2008 at a cost of some $380 billion, an amount that accounts for nearly 60 percent of the total trade deficit.

According to an advertisement from Americans United for Change in Washington, D.C., Republicans are “working to gut the bipartisan Clean Air Act and give big oil a bailout.” Murkowski and other Republicans are resisting efforts to manage climate change.

Senators may not get comprehensive climate change legislation this summer, but they have indicated that they will focus on addressing the Gulf of Mexico oil spill. The bill now being considered is focused on oil spill prevention and cleanup contingencies. This bill would increase big oil’s accountability and try to pre-empt similar disasters.

As the Gulf cleanup costs continue to mount along with the ill effects of the oil and dispersants, it is hard for Republican legislators to oppose legislation aimed at preventing and better managing similar future tragedies.

The Senate Environment and Public Works Committees each voted to remove the current $75 million federal cap on economic liability from an oil spill and to require stronger spill response plans before approval of offshore oil or gas drilling applications.

The proposed oil spill bill would also encourage the development and production of natural gas vehicles with a special focus on big trucks.

It would also seek to pass the Home Star program which aims to create new jobs in existing industries by offering short-term incentives for energy efficiency retrofits in residential structures.
The bill would increase the civil and criminal penalties for an oil spill, require greater redundancy in drilling safety equipment, impose more stringent requirements for deep water drilling permits, and call for more federal inspectors while imposing a fee on industry to pay for them.

Many Democratic lawmakers are serious about oil spill legislation, but predictably, there is Republican opposition from Senators like James Inhofe of Oklahoma and David Vitter of Louisiana.

Although a comprehensive climate change legislation is very unlikely this summer. Oil spill specific legislation seems like it has a good chance of passage, but only if Republicans get out of the way.

—————–—————–—————–—————–
Richard Matthews is a consultant, eco-entrepreneur, sustainable investor and writer. He is the owner of THE GREEN MARKET, one of the Web’s most comprehensive resources on the business of the environment. He is also the author of numerous articles on sustainable positioning, green investing, enviro-politics and eco-economics. 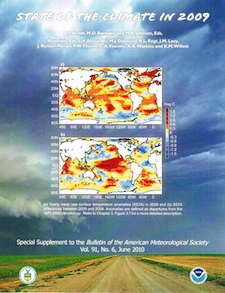