Congress today heard testimony from executives of the three companies involved in the explosion of the Deepwater Horizon drilling platform in the Gulf of Mexico and the ruptured well-head gushing oil even now, weeks later, at the bottom of 5000 feet of ocean. The event unfolds in slow motion before our eyes, in quiet desperation, we watch as oil spreads across the Gulf, turning its blue waters brown.

It is fast becoming one of the worst – the worst – oil spill in the nation’s history. One whose initial cost of eleven lives is sure to grow and ripple through our economy, the environment, and our psych. We are made to face a very inconvenient truth indeed: that our dependence on oil – foreign and otherwise – is simply unsustainable.

Well-owner BP-America blamed owner of the Deepwater Horizon platform, Transocean, for any operational mistakes the led to the tragic explosion on April 20th. Transocean passed blame on to sub-contractor Halliburton, who had recently capped the well in anticipation of future production. There is a question of why seawater, instead of a heavy “mud” compound used in drilling operations to cap wells. For its part, Halliburton says the “fail-safe” blowout preventer on the wellhead (that didn’t work) was owned by Transocean. Transocean says that the well owner is in charge (BP), that the drilling plan was followed, and all federal regulations adhered to.

Each company exec effectively projects a perception of plausible deniability by casting questions of responsibility onto the next guy down – and then back up again.

It’s time they act accordingly and spend less effort dodging legal liability and get to the business of successfully stanching the flow of oil into the Gulf and ensuring a similar fate does not await other offshore rigs.

Not in our stars, but in ourselves

As the low hanging fruit of fossil fuel extraction runs out, we are forced to go deeper into the ocean, or squeeze it from tar sands, or use more energy pushing every last drop from dying fields, in order to satisfy our increasingly insatiable thirst for more energy. As it becomes more difficult to extract fossil energy, and to the degree that we fail to effectively transition to a new energy economy, we step closer to a cliff from which we likely to not wish to fall. Sleepwalking to the edge, as peak-oil expert Richard Heinberg told me in an interview last week.

Some may scoff at the idea of peak oil, in a whistling-in-the-dark kind way. We may believe that we can maintain our current energy economy, at least for a few more decades. Why make any drastic changes now? Look at the economy, how can we afford to make a transition to renewable and alternative sources of energy now?

How can we afford not to?

Maybe we can maintain the status quo for a bit longer, though the costs – both economically and environmentally – would likely be shocking to us even now. But eventually, and quite possibly sooner than most would expect, there will come a day of reckoning. A day when the cheap and easy is simply no more.

What Deepwater Horizon should teach us, if nothing else, is that undesired consequences can and do happen. We fail to ignore at least the possibility of a world without cheap and relatively abundant fossil fuel, and how we might not only survive but thrive in such a world, to our peril. Such a world is not a possibility at all, but a certainty.

It’s time we all act accordingly. 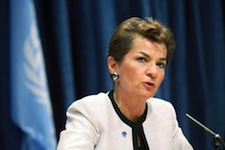 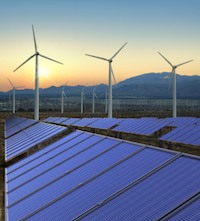