A leaked internal document commissioned by the Chinese environment ministry and written by a Chinese government think-tank claims that “A conspiracy by developed nations to divide the camp of developing nations [was] a success.”

The purpose of the conspiracy was apparently to divide developing nations at the climate conference in Copenhagen last December, citing the demand from the Alliance of Small Island Nations (AOSIS) for mandatory emissions reduction from the Basic group of nations comprised of Brazil, South Africa, India, and China – the group that – along with U.S. president Obama – forged the Copenhagen Accord in the final hours of the conference. “The rich nations were completely trying to make conflict among developing countries,” said China’s chief negotiator, Xie.

The document, written in the immediate aftermath of the COP15 conference, was scathing toward the “umbrella group” including the United States, Canada, and the European Union. The authors accused Canada of “conniving” to convince the world that its pledge of a 3 percent emissions reduction is “significant” while having no intention of meeting its obligation under the Kyoto protocol of reducing emissions  6 percent. Taking aim at the EU, the document characterized the Europeans as abdicating their role as leaders in the climate negotiations process by wishing only to please the US: “Copenhagen was a setback for the EU,” partly because it “suggested the abandonment of the Kyoto protocol in order to please the US.”

The authors said the Copenhagen Accord was nonetheless a step forward, in part due to the constructive input from China. The document went on to complain how difficult that bit of progress was and warned progress will only be harder at future negotiations.

China, which was in the conference spotlight, played an active and constructive role, but was also under huge international pressure. It is predictable that our country will face a tougher challenge in future climate talks,” the report said, adding “It was unprecedented for a conference negotiating process to be so complicated, for the arguments to be so intense, for the disputes to be so wide and for progress to be so slow. There was criticism and praise from all sides, but future negotiations will be more difficult.”

The report speaks to how hard it was to maintain unity among China’s traditional allies due to the “conspiracy” hatched among developed nations, but also said China was able to defend against it by standing up to attempts by rich nations to abandon the Kyoto protocol.

Quite the opposite of resisting a multi-nation conspiracy, China was seen by many sources as a major stumbling block to substantive progress. Several reports came in the days after the conclusion of the chaotic COP15 climate conference, outlining first-hand accounts of how China repeatedly blocked movement during the two-week negotiation (one of the best of these reports was filed by Mark Lynas in the Guardian.

It’s astonishing that this document suggests the Chinese really believes the absurd conspiracy theory that small island states were being played like puppets by rich countries,” said Lynas earlier this month in response to China’s accusations of conspiracy. “The truth is that the small island states and most vulnerable countries want China and its allies to cut their emissions because without these cuts they will not survive. Bluntly put, China is the world’s No1 emitter, and if China does not reduce its emissions by at least half by mid-century, then countries like the Maldives will go under. I think these claims of conspiracy are just a bullying tactic, to force more progressive developing countries back into line in case they too start demanding more serious action by China”

Todd Stern, chief negotiator for the United States, had his own harsh words for how COP15 went down, calling it a “a snarling, aggravated, chaotic event,” but laid much of the blame squarely on China. Stern said that much of the difficulties in the negotiations was driven by the divide between countries, led by China, that demanded that rich developed nations bear the entire burden of reducing greenhouse gas emissions, and the US position that rapidly emerging countries, such as China and India, must take responsibility as well.

The fighting and bickering begun in the plenary halls and back rooms of the Bella Center spills out into the street, and we look forward to Mexico and COP16 and wonder if the process will ever get any better. 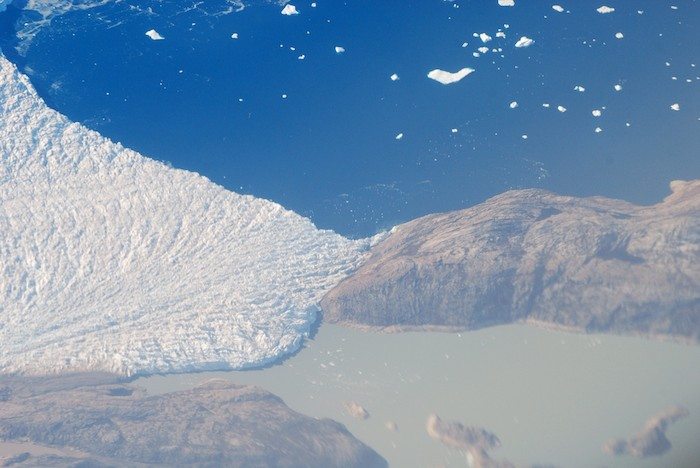