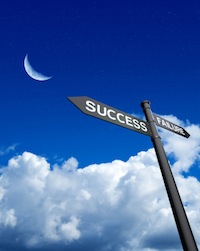 Speaking this week at the Center for Strategic and International Studies, Dr. Jonathan Pershing, the Deputy Special Envoy for Climate Change, said negotiators and advisors were preparing for failure just as Air Force One was landing in Copenhagen on the final day of the COP15 climate conference.

I was working with my delegation to draft what we could tell the president what he might say when things fell apart, and to give that to him when he arrived. That’s where we were,” Pershing said.

After two weeks of day-and-night negotiations, the sense of chaos and impending failure to live up to even the expectations of an effective political agreement was palpable throughout the Bella Center, and Pershing and his team wanted the president to be prepared if and when the whole thing fell apart entirely.

Obama never delivered those prepared remarks, though he has since expressed his frustration in the outcome of COP15. Instead of accepting the failure for which his advisors had prepared, Obama worked the Bella Center late into the night to hammer out the four-page Copenhagen Accord with China, India, South Africa, and Brazil – sidestepping, many say, the United Nations in the process and “forcing” the plenary to accept the agreement in the early morning hours of Saturday the 19th, after Obama had already boarded Air Force One for the return trip home.

Whether “strong-arming” the world or not, before Obama’s arrival many saw the marathon negotiations as hopelessly deadlocked and destined to complete breakdown.

In his remarks at the Center for Strategic and International Studies, Pershing countered much of the pessimism surrounding the outcome at COP15, painting a larger picture going all the way back to the early nineties when the United Nations Framework Convention was first established and the first summary report from the Intergovernmental Panel on Climate Change. Seen in that light, Pershing said, significant progress has been made, up to and including the generally disparaged Copenhagen Accord, which Pershing describes as “really quite good.”

Even if leaving much work yet undone in fleshing out the devil lurking in the details of the broad statement, Pershing maintains that the agreement helps move the international process along because of all of the compromises it reflects.

Small island states had made a strong case for a binding agreement that would limit average global temperature increases to 1.5 degrees Celsius, and even though that case may have been justified, it “simply wasn’t going to happen in Copenhagen,” Pershing said. But even just by mentioning a 2 degrees Celsius limit to global warming makes a solid first step toward the international community – all countries – averting the worst damages from climate change.

It was clear to me from the negotiations that one of the difficulties we currently have is that the art of the practical and possible isn’t yet at the same level of the understanding of what we think the science might require,” he said.

The Copenhagen Accord calls for a review of the temperature limit in 2015 after another round of U.N.-led scientific reporting.

You don’t eat the apple in one bite,” he said. “You take a bunch of bites.”

Much of the stalemate in climate negotiations was and remains the hard line drawn between developed and developing nations – matching a common goal with regional and national interests. But even on that score, Pershing cites progress.

We’re beginning to tear down the wall, or least put a bunch of windows and doors in the wall, between developed and developing countries,” he said. “That very hard and fast line is a significant reason for the U.S. inability, political unwillingness, to join, and it has now really moved through.

Don’t Throw Out the Baby with the Bathwater

Even before the plenary at COP15 officially “noted” the Copenhagen Accord, Bill McKibben was outside the Bella Center denouncing the affair and accusing Obama and the rest of the developed world for the “total failure”of  COP15, forsaking the world for some perceived political expedience.

That may be true. But just as many charges with Obama forcing a “sham of an agreement” down the world’s throat, I felt McKibben was forcing his opinion of what had just happened down my throat.

There is no doubt that, first and foremost, what the Copenhagen Accord represents is unfinished business. But it is all we’ve got, and probably more than what we’d have if Obama and his team hadn’t barged in, strong-armed, and led.

Holding political leaders feet to the fire is McKibben’s job, and he is good at it. We also need to step back and take a breath. COP15 brought together for the first time a host of negotiators, ministers, and heads of state in the name of addressing climate change. That in itself should be seen as a success. We move forward from here.