The group of protestors entered the Goals Coal plant to draw attention to the destruction of mountains directly above the community of Sundial in the Coal River Valley of Raleigh County, West Virginia. The protestors say the operations threaten the students of Marsh Fork Elementary School. The team of demonstrators tried to deliver a letter of demand to Massey officials regarding the situation and the dangers of mountaintop removal mining

Protestors also pointed to recent studies that show the Appalachian Mountains could support a thriving commercial-scale wind energy industry that would in turn bring long-term sustainable jobs to the region – but only if the mountains aren’t blown up first.

By sacrificing the Appalachian Mountains for the country’s coal addiction, we undermine future investments in 21st century clean energy solutions that will protect our planet, produce more jobs and preserve our natural resources,” said Michael Brune, executive director of the Rainforest Action Network and one of the protestors arrested on Tuesday.

Dr. Hansen, the director of the NASA Goddard Institute for Space Studies and adjunct professor in the Department of Earth and Environmental Studies at Columbia University, began his call for climate action in the 1980’s and recently has become increasingly outspoken in the face of continued denial or misunderstanding of the scope of the threat climate change poses. Dr. Hansen has called coal plants “stations of death,” stating that burning coal is one of the principal sources of accelerated climate change.

I am not a politician; I am a scientist and a citizen,” said Hansen. “Politicians may have to advocate for halfway measures if they choose. But it is our responsibility to make sure our representatives feel the full force of citizens who speak for what is right, not what is politically expedient,” Hansen told a crowd of about 350 people gathered at Marsh Fork Elementary. “Mountaintop removal, providing only a small fraction of our energy, should be abolished.”

Hansen is critical of an announcement last week from the Obama administration the the Environmental Protection Agency plans to “reform,” but not abolish the practice of strip mining that blows the tops off of mountains to expose the coal seams underneath, dumping the waste rock into valley streams below

In the June 22 issue of Environment 360 published by Yale University, Hansen called on Obama not to bend to the will of the coal interests:

The Obama administration is being forced into a political compromise”, Hansen wrote. “It has sacrificed a strong position on mountaintop removal in order to ensure the support of coal-state legislators for a climate bill. The political pressures are very real. But this is an approach to coal that defeats the purpose of the administration’s larger efforts to fight climate change, a sad political bargain that will never get us the change we need on mountaintop removal, coal or the climate.”

A statement issued by the protestors yesterday said that companies like Massey Energy engaging in mountaintop removal are clear-cutting thousands of acres of some of the world’s most biologically diverse forests:

They’re burying biologically crucial headwaters streams with blasting debris, releasing toxic levels of heavy metals into the remaining streams and groundwater and poisoning essential drinking water. According to the EPA, this destructive practice has damaged or destroyed nearly 2,000 miles of streams and threatens to destroy 1.4 million acres of forest by 2020.” 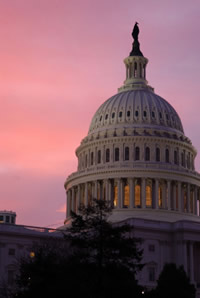 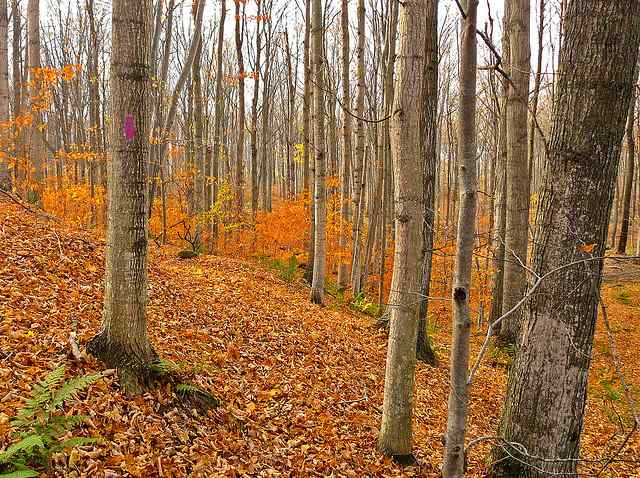