– A friend of mine is an M.D. and recently he responded to President Obama’s request for grass-roots input from the U.S. public on health care reform by writing a letter to the president detailing his thoughts.   He sent me a copy of his letter to see if I had any thoughts and/or comments.

– I found it a well-written, thoughtful letter full of excellent suggestions but when I responded to him, I found it impossible to get into the spirit of it.   To me, here in the U.S., the battle for serious health care reform, is a meaningless battle – a lot like those battles when our troops fought for mastery of particular hilltop in WWII and the Korean War.   The hills won one day at a terrible cost would be abandoned just a few days later as the conditions of the larger enclosing battles changed.

– Frankly, I don’t think there’s any chance that the U.S. will ever enact serious health care reform and in my response to my friend, below, you’ll see why.

Thank you for responding to the president’s request for input on our health care system.   What you’ve written here is an excellent public service.

I too have thoughts about all of this but I’m afraid I am less optimistic that calls for ideas will lead to any changes of significance.   My fear, as I’ve told you before, is that the medical and pharmaceutical industries in the U.S. have been thoroughly captured by large and powerful profit-centric corporate interests and that nothing will wrest control back from them short of a revolution.

I don’t mean an armed revolution.   I mean a revolution in how we, as human beings, think about what the purposes of our national governments should be.   I’m fond of saying that, “One cannot have two number-one priorities.“  When it comes to deciding what governments are for, we certainly cannot.   We either have to place the welfare and happiness of the nation’s people first or the freedom of the nation’s corporations  to do whatever they want to do in their pursuit of profits.  We cannot have it both ways.

Once this choice is explained clearly and brought into our collective consciousness, I have little doubt that most people would feel that government’s number-one priority should be to maximize the quality of life for its citizens.   But, absent such explanations and awarenesses, our country, and most others as well, have been primarily molded by those who seek profit and power for themselves with little regard for the circumstances of others.

(As an aside, let me say that I am not against Capitalism.   Indeed, it is the engine that creates wealth and innovation in our societies.   I am only saying that at the very top of the decision pyramid, when corporate interests clash with the best interests of the people, the decision makers should opt for the good of the people.   Done even handedly, this might limit the range of actions of corporations but it would still be a level playing field for them and none would be disadvantaged verses the others.   More over, those decisions makers at the very top would be strongly instructed to stay out of the way of corporations to the maximum extent possible – save when the people’s best interests are at stake).

So, from my POV, the battle here is not how we can ‘fix’ health care.  It goes far far deeper than that.   Until we, as a people, decide that the happiness and well being of the nation’s people IS the highest priority of the national government, we will always have these battles.   And, given the drive and tenacity of those whose primary aims are for power and profit, we will usually lose these battles.

Beyond all of this, there are bigger problems for our country and the world yet looming.

A healthy vibrant country can organize its finances to support free medical care for all of its citizens.  Several countries around the world have proven this decisively.   But, I’m not sure that a country whose finances are faltering badly can do this.   And our country is faltering badly at this point in its history.   Globalization was touted as our “friend”.   Indeed, as the “world’s friend”; better and cheaper products for everyone and improved standards of living for all. But, it hasn’t turned out that way for some of us.  Small countries, like Jamaica (see the Movie “Life and Debt“), have had food stuffs injected  into their markets at far lower prices than their local farmers could sell for.  The result is that the local farmers have all lost their farms and moved to the cities and now entire countries are completely dependent on the food stuffs supplied by the multinational corporate proponents of Globalization.  Sure, these folks can buy their food cheaper.  But now they’ve lost their independence, their jobs, their communities and they are utterly dependent on outside forces for their survival.   Globalization has made them into captive consumers.

And the rich nations have not escaped unscathed.   Multinational corporations seeking ever larger profits have convinced us in the U.S. to send our manufacturing and high-tech industries overseas.    They promised us lower costs on all the cheap goods  love to buy at Wal-Mart.  And for a while, that was fun.   But now we see the deep truth that a nation can only continue being rich if it produces and sells things of value.  And we’ve been turned into a nation of consumers and borrowers by Globalization and are getting poorer by the day.

The multinationals saw great opportunity some years back when they gazed at, for example, the U.S. and China.   They thought, “China is poor and has really cheap labor and the U.S. is rich and its labor is expensive.   If we connect these two situations, goods will flow from China to the U.S. and money will flow from the U.S. to China and we’ll set ourselves up as the folks in the middle coordinating the exchange and getting hugely rich.“  And, for the multinationals and China, it’s been a good deal.  But, for the U.S., the promises of Globalism have only impoverished us.

So, back to socialized health care.   I don’t believe that even if the U.S. wanted to implement serious socialized healthcare, that we could.   What would we pay for it with?   We are no longer a wealth generating nation.

So, that’s one of the big looming problems I was referring to.

The other has to do with the idea that most of our societies are built upon the principle that healthy economies are growth economies.  That’s worked well for us as a species up until now but it isn’t going to work much longer.   We’re coming to the limits of what the planet can supply for food and water and we’ve clearly exceeded what it can supply for renewable resources. We’ve built the very foundations of our societies on a non-renewable resource, oil, that will be running out soon.   And we’ve messed with the atmosphere’s carbon dioxide so badly that we’re well on our way towards a major climate shift.

And, in the midst of all of these dire warnings written so clearly on the wall of our future, the very best folks can come up with, as they consider and fret about the problems of the currently global economic downturn, is that with luck and perseverance, soon we’ll have our economies all back up and running  just as before – with ever increasing growth, consumption and pollution as the cornerstones of our brave new world – same as the old unworkable, unsustainable world.

So, that would be the second problem – and it’s a big one. If you are down inside the workings of a specific nation and deeply involved and  invested in the concerns and problems of the local health care system, then it might seem reasonable to you to fight the good fight  for a better way of doing things.

But I would suggest that if one gets out of the trenches and ascends above the entire field of battle to a great height, one might see that in the bigger picture it isn’t going to matter if your brave and idealistic unit captures that small hill called “Healthcare”.   Bigger forces are afoot and visible from a greater height.

Those are my thoughts, Dr. H.   As always, I know I sound like a great pessimist.   But I don’t feel that way.   I think I am simply seeing the bigger picture.   I too am idealistic and I talk and rail and write about all of this almost daily.   But, in truth, I don’t do these things because I think I can really change them.   I act more because speaking the truth is right in and of itself and needs no other justification.

At the end of your letter, you listed the following points:

1. There is no place in medical care for “For Profit”.

3. Direct to patient advertising should be banned.

4. Medical Schools need to be induced to greatly increase graduation of primary care physicians, including loan forgiveness for those who go into primary care practice.

5. Providers should be incentivized for keeping patients healthy and minimizing expensive tests and medications.

6. We should have a single payer system that links patients and families with primary care providers that have support from social services, nutrition and exercise referrals and other support groups.

7. Hopefully we can move toward a society with less income inequality and social injustice where we prioritize education and opportunity and improve the quality of life for all.

I agree and applaud everyone of them.  And I say this not withstanding the fact that I think this battle over health care will be swept away by the larger trends that are afoot.

Again, thanks for writing your letter to the President.  I deeply admire your motives and your idealism.   Please do not take anything I’ve said here as a criticism – it is not intended to be. 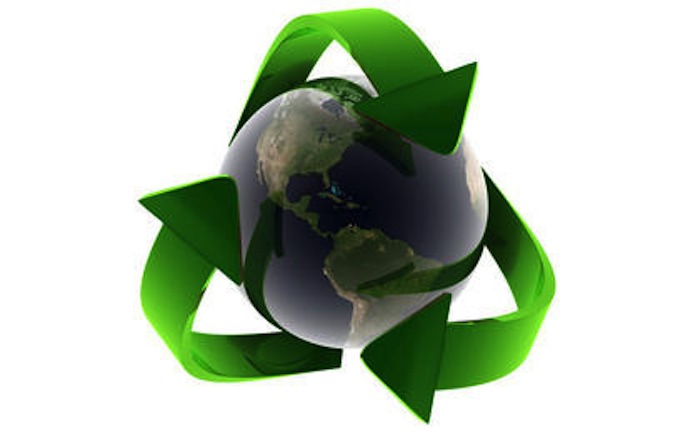