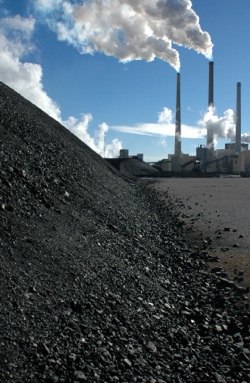 The Environmental Protection Agency has made a start with the active regulation of carbon dioxide emissions from newly built coal-fired power plants. The decision marks a U-turn from the Bush era, when the EPA had been shirking its responsibilities, saying the Clean Air Act did not apply to carbon dioxide.

The change marks the beginning of the EPA’s regulation of the carbon dioxide emissions of power plants and came about under the leadership of Lisa Jackson, President Obama’s appointed head of the agency. She wrote a letter to environmental groups who had petitioned the move, calling for an unspecified period of public comments before a new rule is put in place.

Representatives of the Sierra Club were very pleased with the decision:

Today’s victory is yet another indication that change really has come to Washington, and to EPA in particular,” said David Bookbinder in a statement. “This decision stops the Bush administration’s final, last-minute effort to saddle President Obama with its do-nothing policy on global warming,” he added.

In the historic April 2007 Massachusetts vs EPA courtcase the U.S. Supreme Court ruled that the EPA has the authority to regulate carbon emissions under the Clean Air Act but the Bush administration prevented real life implementation of this ruling. The Bush administration ignored this ruling by endlessly delaying regulation procedures. It also continued busily granting permits for the construction of major greenhouse gas emitting sources.

In the future, new coal plants will be required to obtain a permit that requires them to control output of carbon dioxide. The supreme court ruled that greenhouse gases should be regulated like soot, smog precursors and other kinds of air pollution because carbon dioxide fit the definition of a pollutant that could be regulated under the Clean Air Act.

Aside from the practical implications, the decision marks an important development politically too. Jackson is an advocate of pushing through cap-and-trade speedily by making use of the provisions of the existing Clean Air Act. Doug Kendal and Hannah McCrea of the Constitutional Accountability Center, a progressive legal think tank that works on constitutional and environmental issues, say that with this move, Jackson will ‘force Congress’ hand on cap-and-trade’.

How so? By putting a legal limit on carbon dioxide emissions, the EPA can create a regulatory environment that will be less desirable for businesses than a carbon market will have. “Firms can be expected to quickly throw their weight behind a more flexible, market-based approach like cap-and-trade, which would provide them with long-term, predictable targets around which they can plan for the future”, according to the duo.

President Obama has [..] entered office with significant tools for prompting cap-and-trade through legislative action. Through the authority that his administration already has under the CAA, which has been affirmed by the U.S. Supreme Court, President Obama should be able to convert the greatest opponents of cap-and-trade (including the auto industry, the utility industry, and the coal industry) into supporters, thereby laying the groundwork for an aggressive, comprehensive federal cap-and-trade bill in the very near future.” Kendal and McCrea wrote in a guest post on Grist Mill recently.

Evidence that this is hitting the nail on the head is Jackson’s recent warning to companies with plans to build new power plants that they should not rely on the Bush administration rule in seeking permission to build.