Things are slowing down on Wall Street due to the credit crunch but the renewable energy sector is little affected by the troubles. Investors are likely to pour around $25 billion into Renewable Energy projects this year alone. They are lured by impressive performance which last year resulted in a tripling of market valuations of renewable energy stocks, says market research firm Packaged Facts.

The company projects that the rapidly emerging renewable energy (RE) investment market will amount to almost $50 billion in terms of capitalization by 2011. What drives the growth is the price of oil. Due to continued high oil prices, RE is beginning to look more affordable than ever.  Increasing energy insecurity is also a big factor behind the projected popularity of renewable energy:

U.S. investments in RE are following closely on the heels of an upward global trend, coupled with a sudden awakening to the volatility of traditional energy markets”, the researchers at Packaged Facts believe.

They add a note of caution, however, by comparing the market to general emerging markets (the stock markets of third world countries) in terms of risk.

Yet as positive as the outlook may be, the growing pains typical of emerging markets could put a damper on industry growth”, they warn.

A major risk for instance is that no agreement exists on standard RE investment market parameters and terms.

While several models have been proposed regarding how to intelligently define terms and set boundaries, these models have yet to be reconciled”, the researchers say.

The market is nevertheless rapidly evolving and the researchers expect market momentum to escalate to double-digit annual growth rates over the next several years. Renewable Energy Investment in the U.S. covers four primary RE technology sectors: solar power, wind power, biofuels, and fuel cells. The new investment architecture taking shape to support RE involves a blending of venture capital and private equity firms, banks, brokers, funds, corporations, and governments.  The study reveals market technical information about new financial vehicles that fund RE development, such as as power purchase agreements, RE credits, and potential carbon markets. 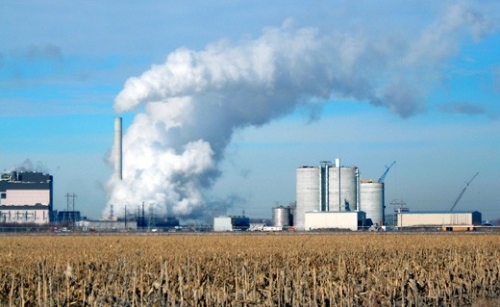