US Stanford University scholars assert  that up to 66% of all companies signed up under the UN’s Clean Development Mechanism (CDM) are not  reducing but stepping up greenhouse gas output. Third World companies massively evade meeting the clean investment criteria and are receiving billions of dollars in funding.

The research, quoted by the environmental NGO International Rivers -which monitors global CDM projects- highlights that many Third world companies fail to meet the rule that projects in the developing world need to be built specifically in order to offset greenhouse gas emissions in developed countries.

What’s many of the companies that ‘qualified’ turn out to be chemical, coal and oil corporations and developers of destructive dams. "[The CMD] is increasing greenhouse gas emissions behind the guise of promoting sustainable development", according to the NGO. International Rivers cites a 24 page research document issued by Stanford Scholars Michael W. Wara and David G. Victor, who publish evidence that the CDM has serious credibility issues.

CDM certificates are the world’s largest offsets market, estimated at EUR40 billion, and are traded on the European Trading Scheme (ETS) the market based cap and trade scheme of European countries and companies. According to the Stanford scholars "Much of the market does not reflect actual reductions in emissions, and that trend is poised to get worse."

The two assert that not only is it necessary to drastically tighten up the rules but the CDM is also hugely inefficient economically. "Industry and economists are rightly concerned about cost control", they say.

The scholars cast doubt on whether it’s actually possible that market based trading genuinely contributes to the environment. But Wara and Victor have not given up all hope for the CDM, saying that "it is possible to fix the CDM". They call for much stronger regulatory oversight and much improved verification systems. The scholars say that if CDM credits  operated in any way realistically, there’d be a much smaller, less predictable market.

The study offers useful eye openers for US policy makers readying plans to get initiatives for trading schemes mapped out. Any such scheme unquestionably will test the limits to which the developed world can engage the third world in combating climate change and be effective, fair and making economic sense. The professors stress regulatory oversight is very important and say that popular ideas for carbon trading in the US such as a Fed-like Carbon Board does best to heed the regulatory call.

They also advise US policy makers not to rely on offsets to be a healthy indicator for the right compliance cost involved in reducing carbon output. "More explicit cost control mechanisms, such as “safety valves,” would be much more effective", they say.

At the moment, European policymakers are debating the degree of involvement of the CDM within the ETS for after 2012. There are also concerns that energy intensive industries’ unlimited purchase of large numbers of CDM allowances defeats the purpose of the ETS.

In this light, news that 2007 CO2 emissions from businesses in ETS increased their output by 0.68 percent will be oil on the fire for critics. Even though the rise is well below Europe’s 2.8 percent Gross Domestic Product increase over 2007, it nevertheless shows that Europe is nowhere near on target to comply with the Kyoto Protocol. In a comment, the European Commission said that the much tighter emissions caps they have recently announced for the ETS’2008-2012 trading period are definitely needed. 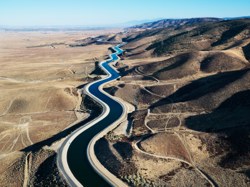 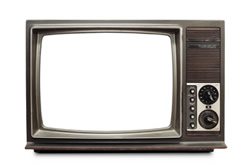