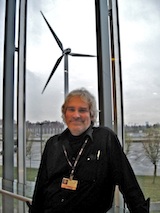 Tom is the founder, editor, and publisher of TDS Environmental Media and GlobalWarmingisReal. He has studied climate and environmental issues for more than thirty years and began writing this blog in June of 2006. His work has taken him throughout Europe, Latin America, and the US. Tom covered two UN climate conferences, COP15 in 2009 and COP21 in 2015. In 2013 he reported on World Water Week in Stockholm on behalf of the Pepsico Foundation, producing the white paper Delivering Access to safe Water Through Partnerships.
Tom has freelance contributions include TriplePundit, Slate, Cleantechnica, Planetsave, Earth911, and the Monterey Bay Fisheries Trust.
He is currently working on a documentary film entitled The Story of Packaging.
Tom is a member of the Society of Environmental Journalists. 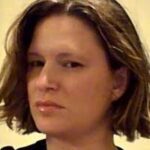 Gina-Marie is a senior writer and principle contributor for GlobalWarmingisReal. Gina-Marie is a freelance writer and journalist armed with a degree in journalism, and a passion for social justice, including the environment and sustainability. Her other contribution includes TriplePundit, MSN, Newsweek, and many others. Gina-Marie made the 75+ Environmentalists to Follow list by Mashable.com. 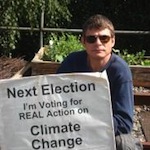 Richard Matthews is a consultant, eco-entrepreneur, sustainable investor, and writer. He writes The Green Market Oracle, among the Web’s most comprehensive resources on the business of the environment. He is also the author of numerous articles on sustainable positioning, green investing, enviro-politics, and eco-economics.

A product of the New York City public school system, Andrew went on to study geology at the University of Colorado, Boulder, work in the wholesale money and capital markets for a major Japanese bank and earn an MBA in finance.

24 thoughts on “Independent Climate Journalism: The Team and Supporters at Global Warming is Real.com”