It’s the Little Things: Global Warming Negotiations with 21 (or so) Negotiation Days Left

You know the saying: “it’s the little things that matter”.  Well you can’t really take that saying too literally when discussing global warming pollution as it is the big things that ultimately matter such as pollution reduction cuts, assistance for developing countries in cutting emissions further, and support for the most vulnerable countries to adapt to the impacts of global warming. But the negotiations …

END_OF_DOCUMENT_TOKEN_TO_BE_REPLACED

Shifting into High Gear: Wrapping up Climate Week, G20 Outcome & On to Bangkok

END_OF_DOCUMENT_TOKEN_TO_BE_REPLACED

The Road to Copenhagen: Talks Open in Bangkok

In the final push to Copenhagen, a two week climate conference got underway on Monday in Bangkok, Thailand. The talks will seek to continue to hammer out details working toward the adoption of a final climate treaty agreement at the COP15 Climate Conference in Copenhagen this December.

END_OF_DOCUMENT_TOKEN_TO_BE_REPLACED

Jake Schmidt, Director of International Policy for the Natural Resources Defense Council, outlines some important events this week and positive signs in the international community that helps dispel growing pessimism that not enough progress is being made to insure a positive outcome in at the Climate Conference in Copenhagen this December

END_OF_DOCUMENT_TOKEN_TO_BE_REPLACED

UNFCCC delegates made some headway in the latest round of climate change negotiations that concluded in Bonn today, but debate over finances, assistance to developing countries, and national political disagreements remain hurdles to reaching a strong accord in December, according to the WWF.

END_OF_DOCUMENT_TOKEN_TO_BE_REPLACED 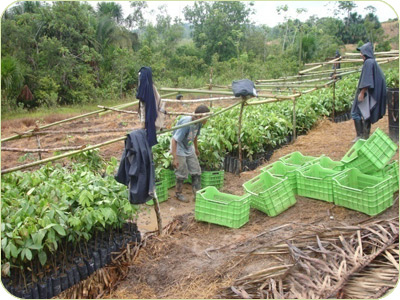 Discussion and debate concerning the merits and demerits of proposed UN REDD (Reduced Emissions from Deforestation and Forest Degradation) and other avoided deforestation and reforestation schemes continues in the run-up to negotiating a successor to the Kyoto Protocol at the UNFCCC’s 15th Conference of Parties in Copenhagen this December. Touting the environmental and socioeconomic benefits of their particular sustainable forestry methods and organizational capabilities, …