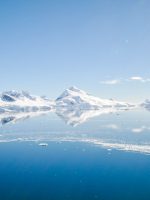 Antarctica’s ice sheets are losing mass more than six-times faster than previously believed and ocean temperatures are rising as much as 40-times faster than the latest U.N. IPCC report estimates. One in four UNESCO natural World Heritage sites are “highly threatened” as a result of climate warming, according to recent research.