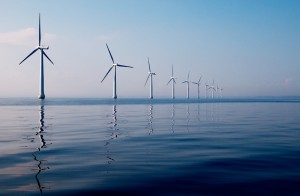 Marking historic milestones in US renewable energy development, Interior Secretary Salazar announced the completion of environmental assessments for what could be the largest wind farm in the US, as well as promising Wind Energy Areas off the Atlantic coast.

END_OF_DOCUMENT_TOKEN_TO_BE_REPLACED

House Republicans have been lambasting President Obama, asserting that it's the president's "all of the above" energy policy for rising gasoline and fuel prices. Nothing could be further from the truth, as the Obama administration has pointed out that US oil and gas production has actually increased during his first term. Apparently, House Republicans don't know the basics when it comes to how prices are set in a global oil market, or the dynamics and mechanics of oil exploration and production in the 21st century.

END_OF_DOCUMENT_TOKEN_TO_BE_REPLACED

The Weekly Mulch from the Media Consortium by Sarah Laskow, Media Consortium blogger (reposted with permission) The renewable era is still far away. Despite the attention and rhetoric that has been given over to green energy projects, Interior Secretary Ken Salazar announced this week that coal companies would be able to take a whack at mining 2.35 billion tons of coal in Wyoming’s Powder …

END_OF_DOCUMENT_TOKEN_TO_BE_REPLACED

The explosion of the Deepwater Horizon oil rig and subsequent oil spill in the Gulf of Mexico has critical implications for the energy industry. In response to the spill, the federal government and Congress are rewriting the rule book on offshore oil and gas production. These new rules will change the way the US produces, transports and consumes energy. The Obama administration issued a six-month moratorium on the drilling of …

END_OF_DOCUMENT_TOKEN_TO_BE_REPLACED

Deepwater Horizon: What Peak Oil Looks Like and The Future of Offshore Drilling

As focus rightly remains on mitigating environmental and economic destruction in the wake of the Deepwater Horizon tragedy, the next challenge is how, or if,  continued  expansion of offshore drilling should proceed. Particularly in deep water drilling projects like BP’s failed well in the Gulf of Mexico. The first step then is how long and extensive the current moratorium on offshore drilling will be. …

END_OF_DOCUMENT_TOKEN_TO_BE_REPLACED

Interior Secretary Ken Salazar announced last week that Alaska will be home to the nation’s first regional climate center, one of eight to be established throughout the country. The new center will be located at the University of Alaska in Anchorage, and should be formally underway within six to eight weeks. With rapidly melting Arctic-sea ice and permafrost, and threats to the survival of …

END_OF_DOCUMENT_TOKEN_TO_BE_REPLACED 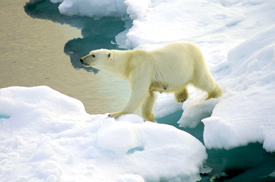