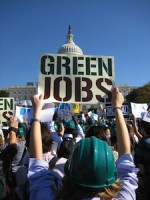 As U.S. President Barack Obama prepares to unveil his jobs and economic plan, his popularity is at an all-time low. Support from the President’s base has been eroded by the two week long protest against the Keystone XL pipeline and profound disappointment about the abandonment of stricter ozone regulations. From the end of August to the beginning of September, a total of 1,252 protesters were arrested in front of the White House for opposing the Keystone XL tar sands pipeline….