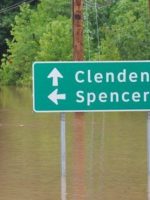 Ranking as the second warmest year on record, 2016 was the 20th consecutive year average U.S. temperature exceed the norm. The 15 weather/climate related disasters that each resulted in losses of more than $1 billion contributed to making 2016 the second-worst year on record, according to NOAA’s latest annual report.