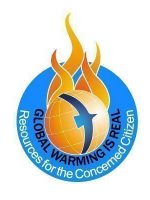 Incomplete burning of plant organic residue to produce biofuel and biochar offers a means of permanently storing large amounts of carbon while at the same time producing renewable energy, enhancing soil fertility and agricultural productivity, enhancing resistance to drought and flood and preserving biodiviersity, according to the UNCCD, which is advocating for greater recognition and support of biochar projects in in UN-led climate change adaptation and mitigation agreements and initiatives.