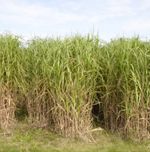 UN Warns That Non Food Biofuel Crops Could Cause $1.4 Trillion In Damages Every Year

Biofuels are controversial enough as they are but now the United Nations says that non-food crops used for the creation of the fuel are risking billions of dollars in damages to general agriculture. A scientific report warns that should invasive species really ‘take off’, potential damages could easily reach $1.4 trillion annually.