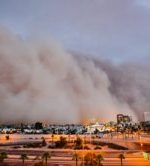 Global climate is on track for changes including a greater than 2°C rise in average temperature, and that’s going to result in adaptation costs for developing countries well above the World Bank’s 2°C estimate of $70 billion by 2020 and as much as $100 billion per year by 2050, according to a report produced by ActionAid, Care, GermanWatch and WWF, which in a report introduced at the Bonn Climate Change Conference urge government leaders to adopt a set of policies to scale up and accelerate climate change adaptation and mitigation efforts.