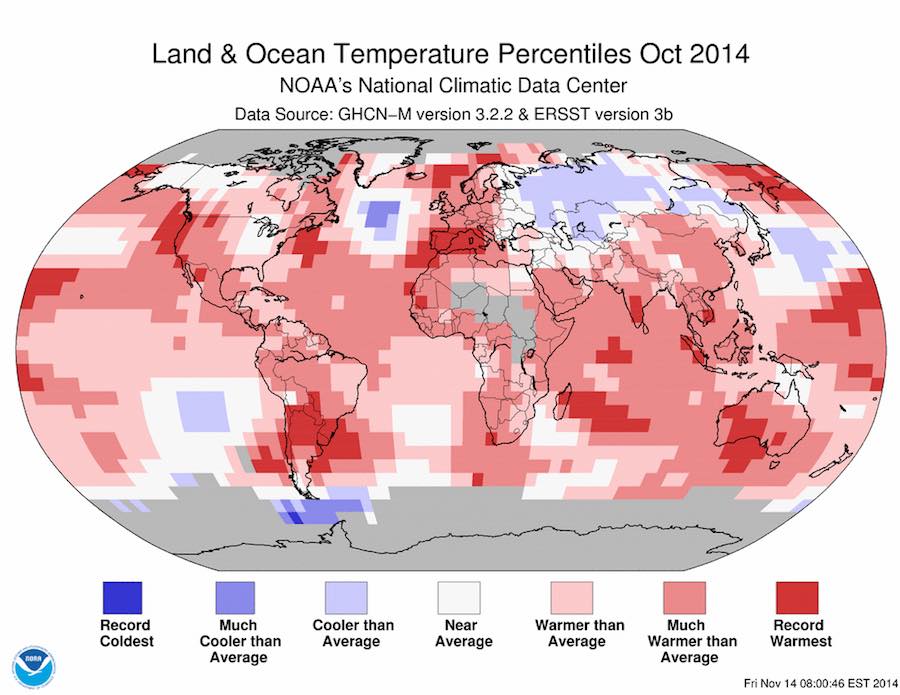 Warmest October on record On Thursday the National Climate Data Center (NCDC), part of the National Oceanic and Atmospheric Administration (NOAA), released their monthly report indicating October 2014 as the warmest on record with a combined global land and ocean surface temperature 58.43°, or  1.33° F above the 20th century average of 57.1° F. NASA, the […]Read More